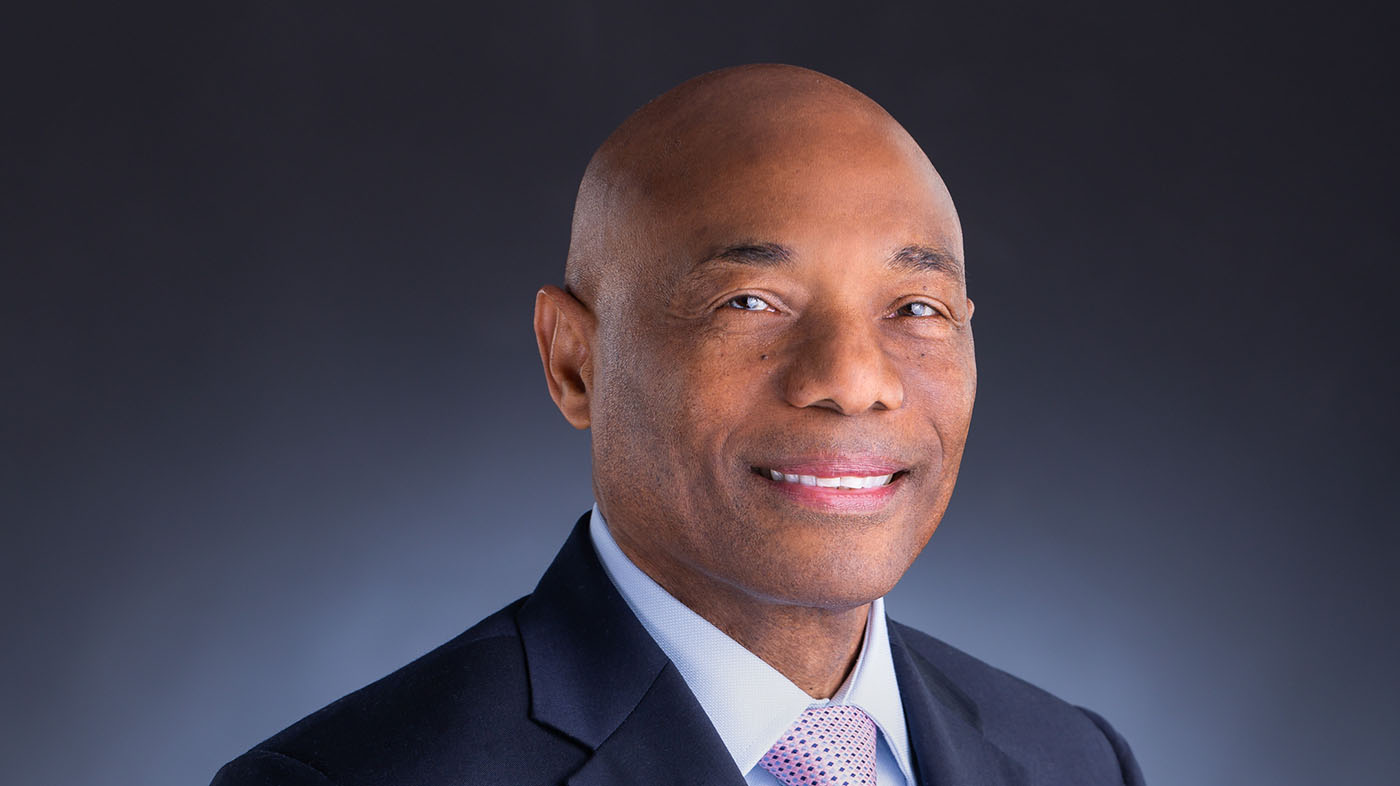 Dr. William Warren Smith serves as the fifth President of Caribbean Development Bank (CDB) from 2011 to 2021.

At the time of his first election, Dr. Smith was acting in the capacity of Vice-President (Operations) at CDB. His substantive position on taking up that acting appointment from August 16, 2010, was Director, Finance and Corporate Planning.

Dr. Smith first joined CDB in 1985 and was seconded by the Bank in 1987 to set up the corporate planning function at the regional airline, LIAT (1974) Limited. He subsequently served as Chief Executive Officer of LIAT, before returning to CDB in 1998. He has also held high-level positions at a number of other institutions in the Region including Director of the Economics and Planning Division at the Petroleum Corporation of Jamaica; and Vice-President, Investments at Life of Jamaica Limited.

Academic economist, Dr. Compton Bourne, served as the fourth President of the Caribbean Development Bank (CDB) from 2001 to 2011.

Immediately prior to his appointment to CDB, Dr. Bourne served as Principal of the St. Augustine Campus of the University of the West Indies. He was also the Pro-Vice Chancellor for Planning and Development and Deputy Principal of the St. Augustine Campus. Dr. Bourne held offices with several professional bodies including the Caribbean Studies Association, Caribbean Agro-Economics Society, Advisory Board North American Economics and Finance Association, Caribbean Academy of Sciences and the UNESCO Institute for Higher Education in Latin America and the Caribbean.

He is a Member of the Order of Excellence, the highest honour of the Republic of Guyana, and is a recipient of the Caribbean Studies Distinguished Service Award, The American Foundation for the University of the West Indies Award for Outstanding Contribution to the Caribbean, and the National Coalition on Caribbean Affairs International Service Award.

He is currently Professor Emeritus of Economics at the St. Augustine Campus of the University of the West Indies.

Barbadian scholar, Sir Neville Vernon Nicholls, served as the third President of the Caribbean Development Bank (CDB) from 1988 to 2001.

At the time of his election, Sir Neville’s substantive position was that of Vice-President in charge of Operations at CDB.

Sir Neville had joined CDB in 1971 in the capacity of Legal Advisor, subsequently serving as General Counsel and then Vice-President.

Educated at the University of Cambridge, Sir Neville read for and obtained the degree of Bachelor of Arts in Economics. He also attended Columbia University, where he received a Carnegie Endowment Fellowship in Diplomacy.

Called to the Bar in London in 1957, Sir Neville worked as Chief Parliamentary Counsel in the Attorney General’s Chambers in Barbados. While working there, Sir Neville represented the Government of Barbados at several Regional Conferences on the establishment of the Caribbean Free Trade Association and the Caribbean Development Bank.

Appointed to the Privy Council in 1991, Sir Neville has held offices with numerous public and private institutions including the Public Services Commission, the Judicial and Legal Services Commission, the Committee of Governance University of the West Indies and the Cave Hill Campus Council of the University of the West Indies.

In recognition of his years of distinguished service, Sir Neville Nicholls has received a number of honours, including Knight of Saint Andrew (KA) in Barbados’ Independence Honours, and an Honorary Doctor of Laws from the University of the West Indies.

A distinguished economic scholar and Caribbean leader, the late William Gilbert Demas served as the second President of the Caribbean Development Bank (CDB) from 1974 to 1988. Elected on September 1, 1974, Mr. Demas served for three terms.

Prior to joining CDB, for four years Mr. Demas worked as Secretary-General of the CARIFTA Secretariat (which later became the Caribbean Community (CARICOM) Secretariat). During his distinguished career, Mr. Demas also served as Research Fellow in Economics at Queen’s House, Oxford, and Research Fellow at the Centre for Developing Area Studies, McGill University, and later a Visiting Associate Professor of Economics at the same university.

Mr. Demas also held the post of Adviser to the West Indies Trade Commissioner in London on Trade Policy. Additionally, he worked as an Economist in the Civil Service of Trinidad and Tobago, attaining the posts of Permanent Secretary in the Ministry of Planning and Development and subsequently, Economic Adviser to the Prime Minister.

When Mr. Demas left the presidency of CDB in 1988, it was to return to the public service of his homeland, Trinidad and Tobago, as Governor of the Central Bank.

Mr. Demas was educated at the University of Cambridge, England, where he studied Economics and obtained the degrees of Bachelor of Arts, Master of Arts, and Master of Literature.

Economist and Nobel Prize Winner, the late Sir William Arthur Lewis, born January 23, 1915, in Saint Lucia, served at the first President of the Caribbean Development Bank (CDB) from 1970 to 1973.

Well known for his contributions in the field of economic development, industrial structure and history of the world economics, Sir Arthur Lewis’ career is characterised by many firsts.

Educated at the London School of Economics (LSE), Sir Arthur graduated with a Bachelor of Commerce in 1937. He went on to read for a Ph.D. in Industrial Economics, completing in 1940. While working on his Ph.D he was employed at LSE where he received rapid promotion; attaining the rank of Reader in Colonial Economics in 1947.

Between 1948 and 1958 he worked for the University of Manchester where he held different positions including Dean of the Faculty of Social Sciences and served as the Stanley Jevons Professor of Political Economy. During this period his reputation as a leading development economist was established and his expertise was in constant demand from various governments and international organisations.

In 1963, he became the first person of African heritage to hold a chair at Princeton University where he held the post of Professor of Public and International Affairs, and served as the James Madison Professor of Political Economy.

Throughout his distinguished career, Sir Arthur served as a consultant to a number of governments; these include Trinidad and Tobago, Jamaica, Nigeria, Barbados and Ghana. He was the first Economic Advisor to serve the Ghanaian Government in the post-Independence period and he helped to draw up its first Five Year Development Plan. He was also Deputy Managing Director of the United Nations Special Fund. Sir Arthur held offices with several professional bodies including: Colonial Advisory Economic Council; Committee for National Fuel Policy, Britain; United Nations Group of Experts and the Board of Governors of Queen Elizabeth House, Oxford.

Knighted in 1963 and awarded the Nobel Memorial Prize in Economic Science in 1979, Sir Arthur Lewis was the recipient of several honorary degrees from UWI, Boston College, Columbia University, Lagos University, Harvard University and Toronto University, to name a few. He was also the recipient of numerous awards which include, Honorary Fellow of LSE and of the Weizman Institute.

Throughout his career, Sir Arthur wrote many books, monographs, official papers, articles and chapters in various books. His key works include the “Economic Development with Unlimited Supplies of Labour” (1954) and “The Theory of Economic Growth” (1955). When Sir Arthur left the presidency of CDB in 1973, it was to return to Princeton where he remained until his retirement in 1983.