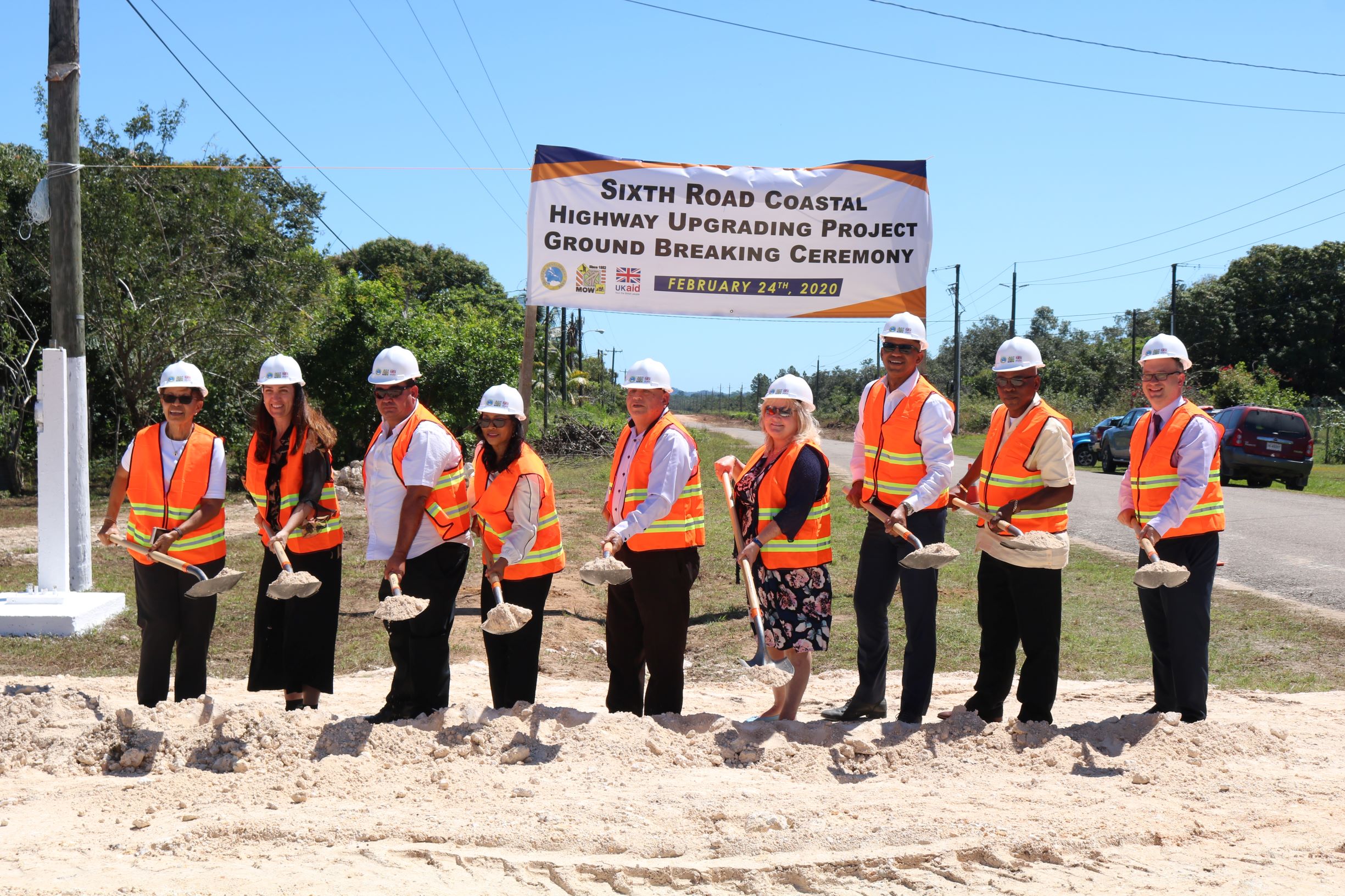 The Governments of Belize and the United Kingdom and the Caribbean Development Bank (CDB) today launched the Coastal Highway Upgrading in La Democracia, Belize.

The current unpaved roadway traverses mostly low-lying terrain and has poor drainage, making it impassable at certain times of the year. Climate change is exacerbating the risk of flooding in the area.

“The Coastal Highway Upgrading will improve access to social services and economic opportunities for 1,700 residents along the road, while incorporating enhanced safety for 2,500 drivers and passengers every day, in addition to vulnerable pedestrians and cyclists. A paved and raised road with improved bridges and better drainage will make the corridor more climate resilient and reduce significantly time lost through road closures due to flooding,” said CDB Director of Projects, Daniel Best.

The 59-kilometre (km) upgraded Coastal Highway, linking the George Price Highway to the Hummingbird Highway, will reduce travel distance by 45 km and journey times by more than an hour between the northern and southern districts of Belize.

“Our support to the Coastal Highway Upgrading is a very tangible demonstration of the UK’s commitment to Belize – a key Commonwealth partner for Global Britain. As our largest single project in Belize, the Coastal Highway Upgrading will be transformative – significantly improving access between Belize City and the south, to essential services, such as health and education,” said Claire Evans, British High Commissioner for Belize.

Communities located along the coastal road suffer from the poor road condition. Residents in the nearest settlements, namely La Democracia, Gales Point, Mullins River, and Hope Creek will get better access to services such as health, education, and public transport, and increased opportunities for livelihoods and employment.