At COP 27 in Sharm El-Sheikh, Egypt we will continue to advocate for access to adequate and affordable financing for Caribbean nations and other small island developing states (SIDS). Our messaging at COP 27 will be structured around six key themes:

During the two-week event, members of the CDB delegation will participate in a number of side events, around topics such as climate finance, strengthening SIDS resilience, gender lens investing, water and climate change, and integrated utility services just to name a few. 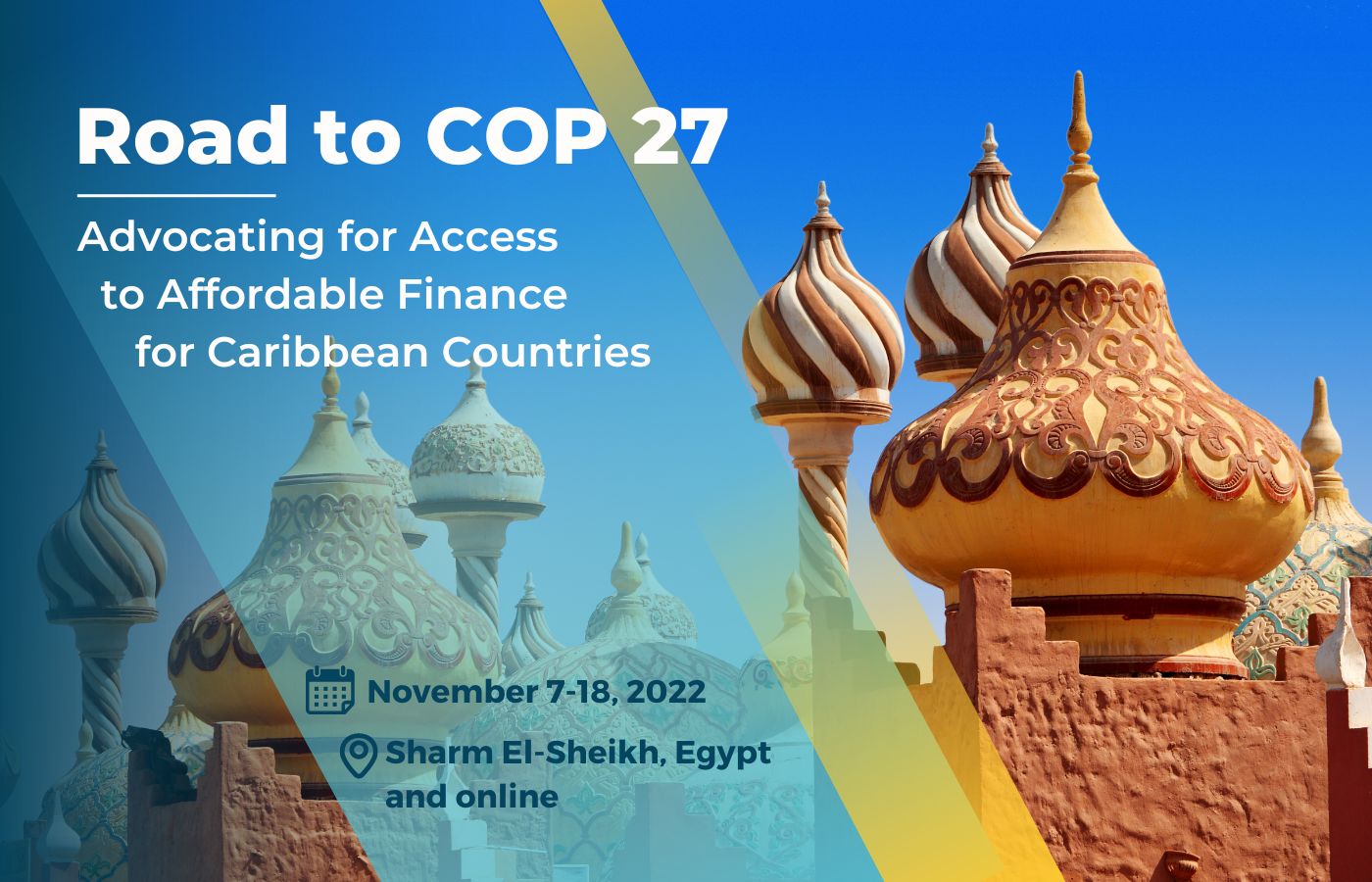 Minister of Planning and Development, Trinidad, and Tobago
VIEW

Minister of Planning and Development, Trinidad, and Tobago

The Honourable Pennelope Beckles—commonly referred to as Penny—is a Trinidad and Tobago diplomat, politician and attorney-at-law.  From March 16, 2022, she has been serving as Minister of Planning and Development and is the Member of Parliament (MP) for Arima in East Trinidad.

Minister Beckles has an expansive political career, entering the Trinidad and Tobago Parliament in 1995 as an Opposition Senator. She has also served as the Member of Parliament for the constituency of Arima and has held ministerial portfolios of Minister of Public Utilities and the Environment; Minister of Culture and Tourism; Minister of Social Development as well as Minister of Housing and Urban Development. Minister Beckles also served as the leader of Opposition Business in the Senate between June 2010 and December 2013 and on December 17, 2007 was the first female in the history of the Parliament of the Republic of Trinidad and Tobago to be elected as Deputy Speaker of the House of Representatives.

In 2016, Minister Beckles was appointed Trinidad and Tobago’s Permanent Representative to the United Nations.

Isaac Solomon is the Vice-President (Operations) at the Caribbean Development Bank (CDB). In that position, he provides leadership and direction to the Economics and Projects Departments and the Corporate Strategy Division. In addition, he spearheads the Bank’s engagement with its borrowing members and development partners.

Daniel Best is Director of the Projects Department at the Caribbean Development Bank (CDB). In this role, he is accountable for the management, pipeline development, appraisal and implementation of the Bank’s lending and technical assistance programmes across multiple sectors.

Since becoming Director in 2015, Daniel has been credited for consistently leading his team to deliver strong results, significantly contributing to the Bank’s achievement of its critical targets. Before being promoted to his current position, Daniel held various leadership roles within the Projects Department, through which he led teams to achieve impact through infrastructure development across the Caribbean Region.

Prior to joining CDB, Daniel was the Regional Project Manager for a multinational commercial financial institution, where he successfully led the implementation of the organisation’s regional infrastructure strategy.

Daniel is a Civil Engineer with a Master of Business Administration from the University of Durham and a Project Management Professional with over 24 years of experience.

Away from the office, Daniel has become a central figure in Barbados’ performing arts scene, appearing in a number of stage, television and movie productions.

Janine Felson is an Ambassador of Belize and a senior advisor to the Alliance of Small Island States (AOSIS) and the Caribbean Community (CARICOM) on climate and ocean matters. For more than two decades, she has been a leading voice for small island developing states (SIDS) in key negotiations including the 2030 Agenda for Sustainable Development, the Paris Agreement, and the intergovernmental conference for a new high seas treaty on marine biological diversity, with the aim of tailoring global policy to the specific needs and circumstances of SIDS. Janine is concurrently completing a fellowship with Melbourne Climate Futures at the University of Melbourne-Australia  where she is focused on integrated approaches to global policy on climate, oceans, and sustainable development.

Dr. Colin A. Young, a Belizean national, is the Executive Director of the Caribbean Community Climate Change Center (CCCCC) headquartered in Belize SINCE January 2020. Prior to his appointment at the CCCCC, Dr. Young served as the Chief Executive Officer (CEO) of the Social Security Board, a parastatal entity that administers Belize’s Social Security Fund from 2017 to 2019 were he championed contribution reform, technology transformation and numerous legislative changes. Dr. Young also served as the CEO in the Ministry of Agriculture, Forestry, Fisheries, the Environment, Sustainable Development where he had overall responsibilities for all of the portfolios, including climate change, other than agriculture as well as the CEO in the Ministry of Energy, Science and Technology and Public Utilities from 2012-2015. Dr. Young has served on numerous boards including the Green Climate Fund, a financial mechanism under the United Nations Framework Convention on Climate Change. He holds both a Master of Science and Doctor of Philosophy degree in ecology and evolutionary biology from the University of Connecticut in the United States.

Dr. Jules has had extensive regional and international experience, most of it focused on education, social policy and organizational transformation.  He served as Registrar and Chief Executive Officer of the Caribbean Examinations Council (2008-2014) leading a thorough modernization of the Council.  He has also served as Vice President Human Resources Cable and Wireless St, Lucia (2005-2008); Permanent Secretary for Education & Human Resource Development St. Lucia (1997-2008) as well as Permanent Secretary for Education and Chief Education Officer in revolutionary Grenada from 1981-1983.

He has authored numerous articles on educational policy, educational reform and adult education in the Caribbean and in small island states as well as other publications on public sector reform, organizational transformation and cultural studies.  His work includes chapters in several books published by Routledge (1991, 1994, 2010), SUNY Press (1993), Nova Publications (2006).

The COP27 Talanoa Dialogue is critically focused on breaking through barriers to public-private action and accelerating investment opportunities in SIDS to achieve our 2030 ambitions as one, global community.

The panel will highlight the steps being taken to address the urgent need towards a “big reset” of the region’s ecosystem to account for the gap between countries and people, focusing on the future of public private partnerships to meet the needs of the most vulnerable. It will explore the ways in which multilateral organisations are partnering with governments and the private sector through bold innovative gender smart financing and investments and the positive impact for sustainable development of SIDS. The panel will feature case studies from public and private sector organisations on the impact of such investments on closing existing inequalities and gender gaps.

The event will raise awareness about the climate change risks faced by Caribbean countries; highlight the efforts that have been made thus far to adapt; and advance discussions on how the New Collective Quantified Goal (NCQG) on climate finance can better respond to Caribbean countries' needs.

The Caribbean is particularly vulnerable to the impacts of climate change being already greatly affected by the ongoing rise in sea levels, changes in rain patterns and temperatures, and increasing intensity of natural disasters.

More frequent floods and droughts  have already affected the water cycle and have had serious consequences, particularly for those living in vulnerable circumstances, and otherwise marginalized.

Ensuring universal access to water and sanitation is therefore part and parcel of comprehensive climate resilience policies and actions.

Water and sanitation policies must be aligned with climate commitments and be included in countries’ Nationally Determined Contributions (NDC) and National Adaptations Plans (NAP).

Multilateral, Regional Development banks and other Public Development Banks have climate action at the centre of their mandates but what type of obstacles do they encounter in financing this crucial investments specifically in the water and sanitation sector?  Which innovative solutions have they deployed to overcome some of these obstacles? What barriers are holding back investment? How create an enabling environment for these sectors and the role of non-financial inputs? 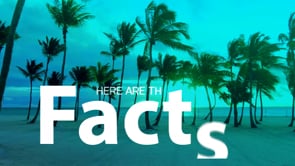 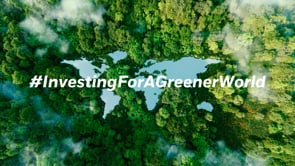 Investing for a Greener World 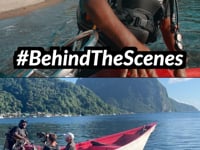 Behind the Scenes in Saint Lucia 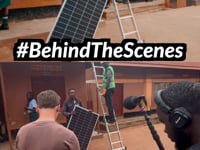 Behind the Scenes in Uganda 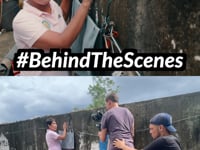 Behind the Scenes in the Philippines 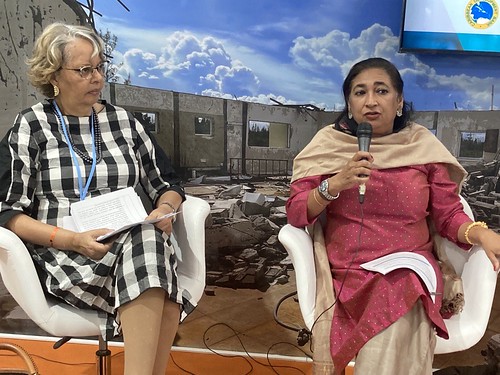 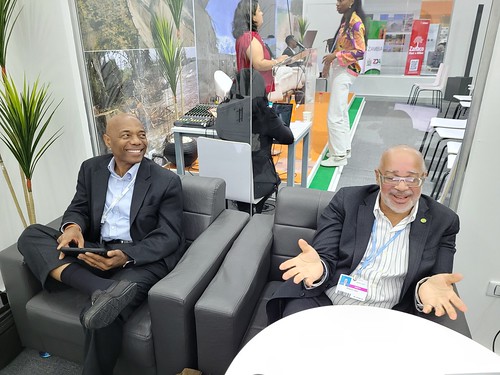 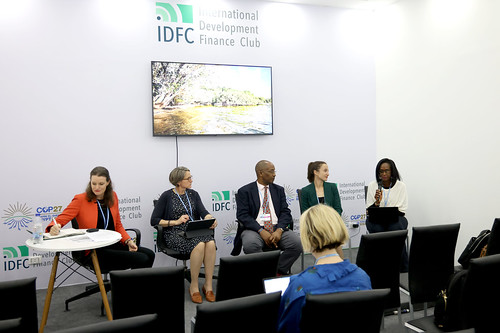 COP 27 Side Event: Strengthening SIDS resilience to climate risks -Role of PDBs and central banks in the Pacific and Caribbean 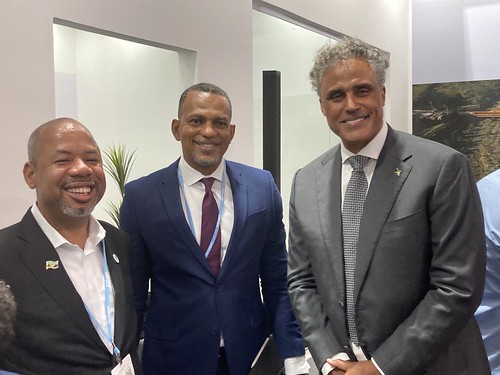 COP 27 Side Event: Bracing for the storm: climate resilient homes in Caribbean 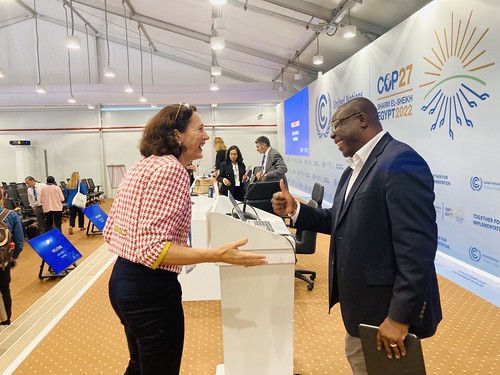 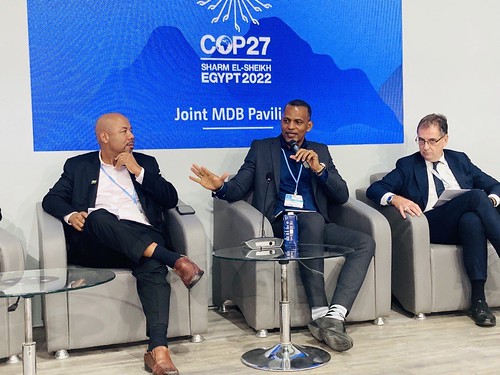 COP27 Side Event: A Sea of Opportunity – Water and Climate Change in the Caribbean 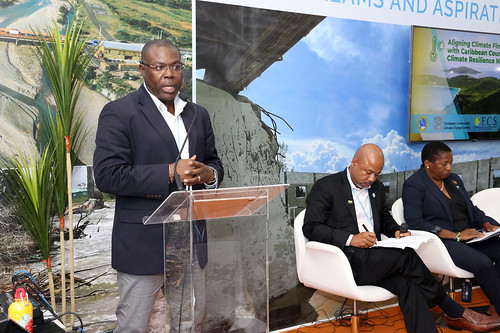 COP 27 Side Event: Integrated Utility Services – Accelerating the Transition to a Secure and Resilient Energy Sector Within the Caribbean
Load More 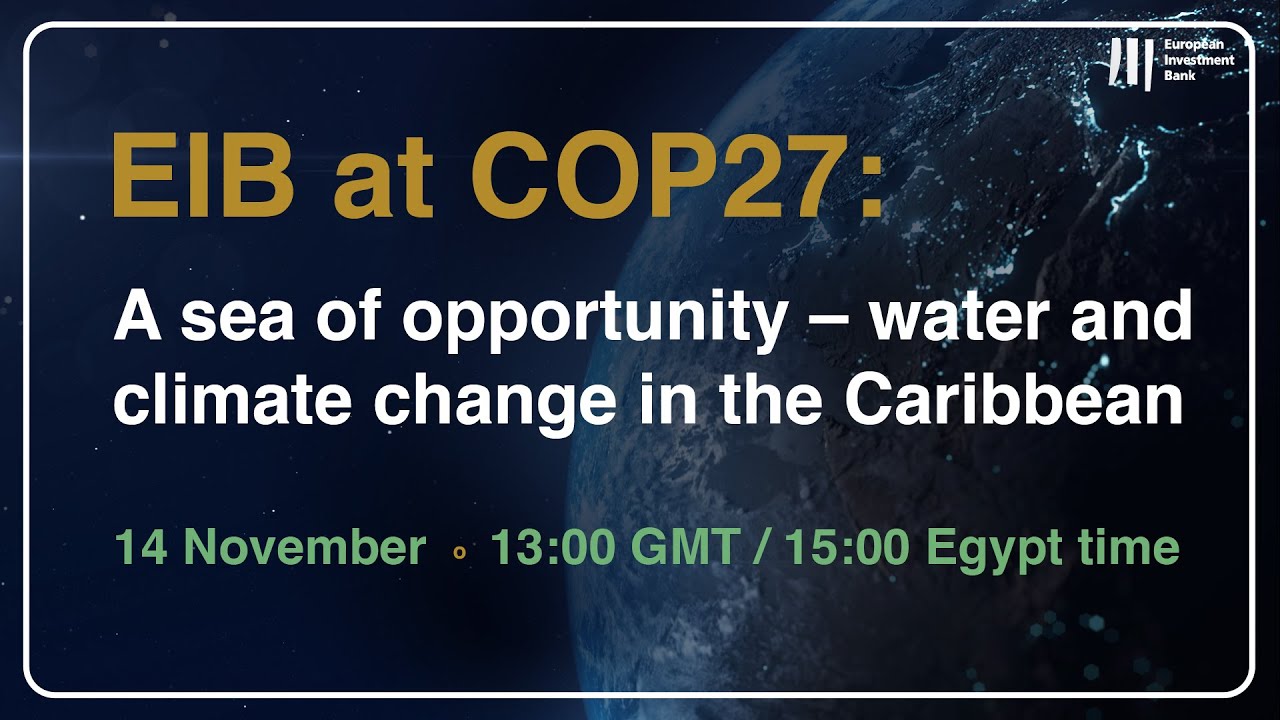 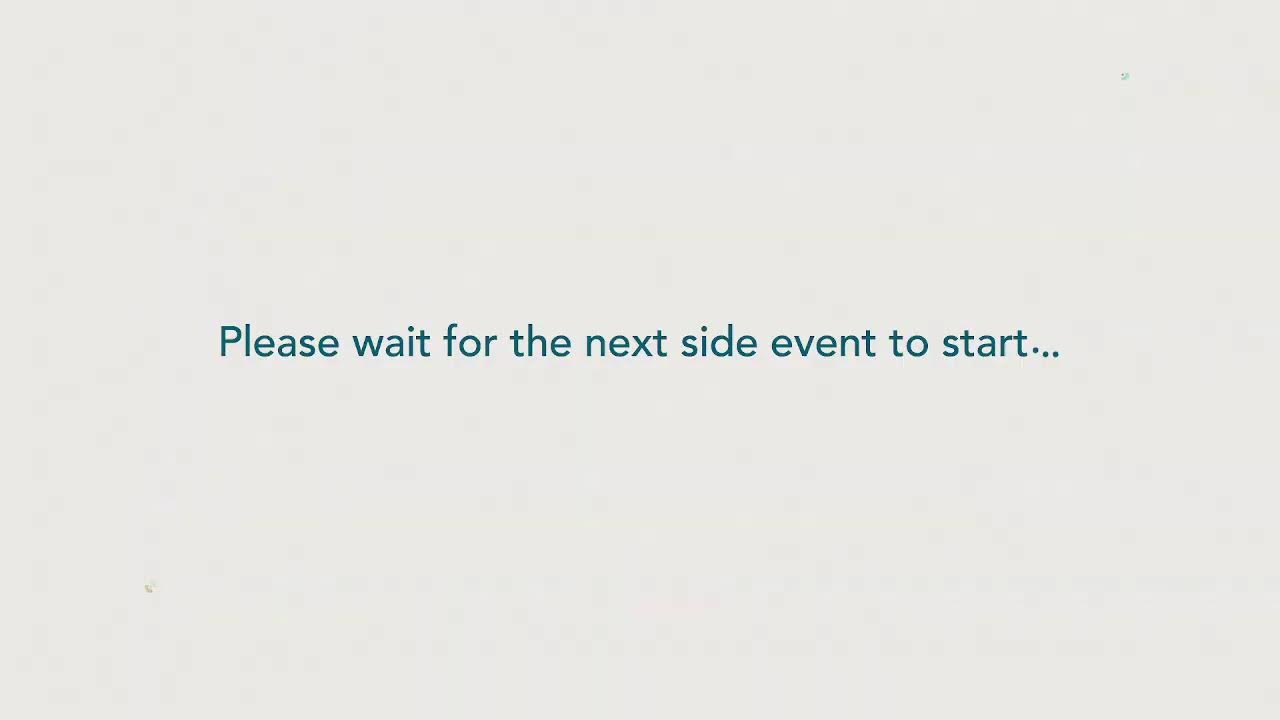