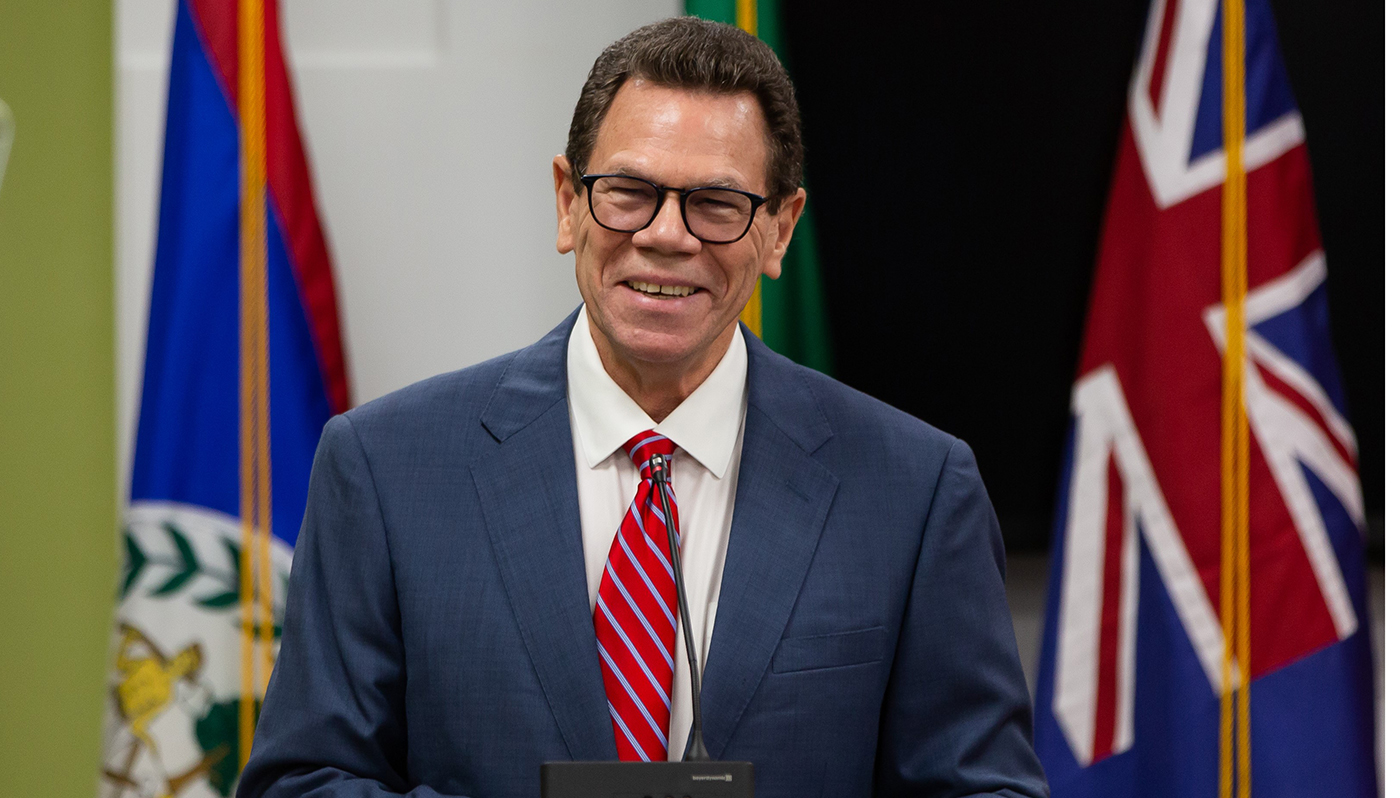 Completing his decade-long tenure at the helm of the Caribbean Development Bank (CDB), President Dr Wm Warren Smith said farewell to member countries and staff at a special Board of Directors meeting, followed by a staff function.

During President Smith’s period in office, running from May 1, 2011 to April 30, 2021, he oversaw the response to two global crises that heavily impacted the Caribbean Region – the aftermath of the 2008 global financial crisis at the beginning of his first term and the Covid-19 pandemic at the end of his second. In between, CDB tackled a series of increasingly devastating storms associated with climate change which hit Borrowing Member Countries (BMCs).

Under the guiding principles of increasing resilience and building back better, which got traction especially after the destructive 2017 hurricane season, President Smith effectuated reforms to better serve the Region and strengthen the Bank’s operations.

“CDB worked alongside its Borrowing Member Countries as they tackled more than a decade of crises and sought to build their resilience to shocks. Throughout my tenure, the Bank solidified existing partnerships and formed new ones to secure concessional resources for BMCs,” said Smith. He added, “Larger development institutions are now channelling increased levels of resources through CDB, giving donors and beneficiaries better value for money.”

With three replenishments of the Special Development Fund during President Smith’s tenure, the Bank mobilised more than US$900 million to promote inclusive and sustainable growth in eligible BMCs.

Under President’s Smith leadership, new partnerships were forged to mobilise funds for the BMCs. In 2015, the United Kingdom Caribbean Infrastructure Fund, designed to stimulate growth and trade in eligible BMCs, was announced. The £330 million fund supports improved livelihoods, reduces poverty and creates safer conditions for citizens. Also aimed at promoting economic growth through trade, the Bank signed agreements with the European Union in 2012 and 2019 for the management of more than €12 million under the European Development Fund’s Standby Facility.

Increasing climate resilience in the Region was a major focus for President Smith throughout his 10-year tenure leading the Bank. Major initiatives in this area include two Climate Action Lines of Credit from the European Investment Bank, signed in 2011 and 2017 for a total of US$175 million; the multi-donor Community Disaster Risk Reduction Fund, established in 2012; CDB’s accreditation as a partner institution of the Adaption Fund and the Green Climate Fund in 2016; and the C$20-million Canada-CARICOM Climate Adaption Fund, launched in 2020.

Energy security has been another focus, as part of a broader initiative to improve the protection and sustainable management of the Region’s natural resources. In 2013, the Renewable Energy/Energy Efficiency Unit was formed. Major undertakings include the Geosmart initiative, which mobilised more than US$145 million from the Inter-American Development Bank (IDB), the European Union, Italy, and the United Kingdom to develop geothermal energy. The Bank’s Sustainable Energy for the Eastern Caribbean programme, established in 2015 to advance and implement renewable energy and energy efficiency solutions, mobilised US$10 million from the European Union and the United Kingdom.

Responding to the Covid-19 pandemic, the Bank has so far allocated more than US$130 million for budget support to assist BMCs with tackling the fallout from the pandemic and building economic recovery and resilience. Additionally, a US$50-million loan agreement signed with the IDB in 2020 is supporting Covid-19 responses in Member States of the Organisation of Eastern Caribbean States.

During the 10-year period, CDB supported access to improved water and sanitation services for 62,700 households by installing or upgrading over 800 kilometres of water supply lines in several countries. The Bank improved learning conditions through investments in upgrading over 1,600 classrooms and training some 13,000 teachers. Some 470,000 students across the Region benefitted from these initiatives. The Bank also financed interventions in disaster risk management in 60 communities across the Region and the construction and rehabilitation of almost 2,400 kilometres of roads.

Under President Smith’s leadership, membership in the Bank increased to 28 countries, with Suriname joining in 2013 and Brazil in 2015. The Bank established its first country Office in Haiti in 2018.

Internal governance was also strengthened during Dr Smith’s presidency with the establishment of the independent Office of Risk Management in 2012, to improve the resilience and creditworthiness of the Bank, and the inauguration of the Office of Integrity, Compliance and Accountability in 2015. CDB’s procurement policy was aligned with global best practices, with the latest revision coming in 2020.