CDB President calls for enabling the private sector, diversifying the economies and completing regional integration to advance the standard of living in the Caribbean 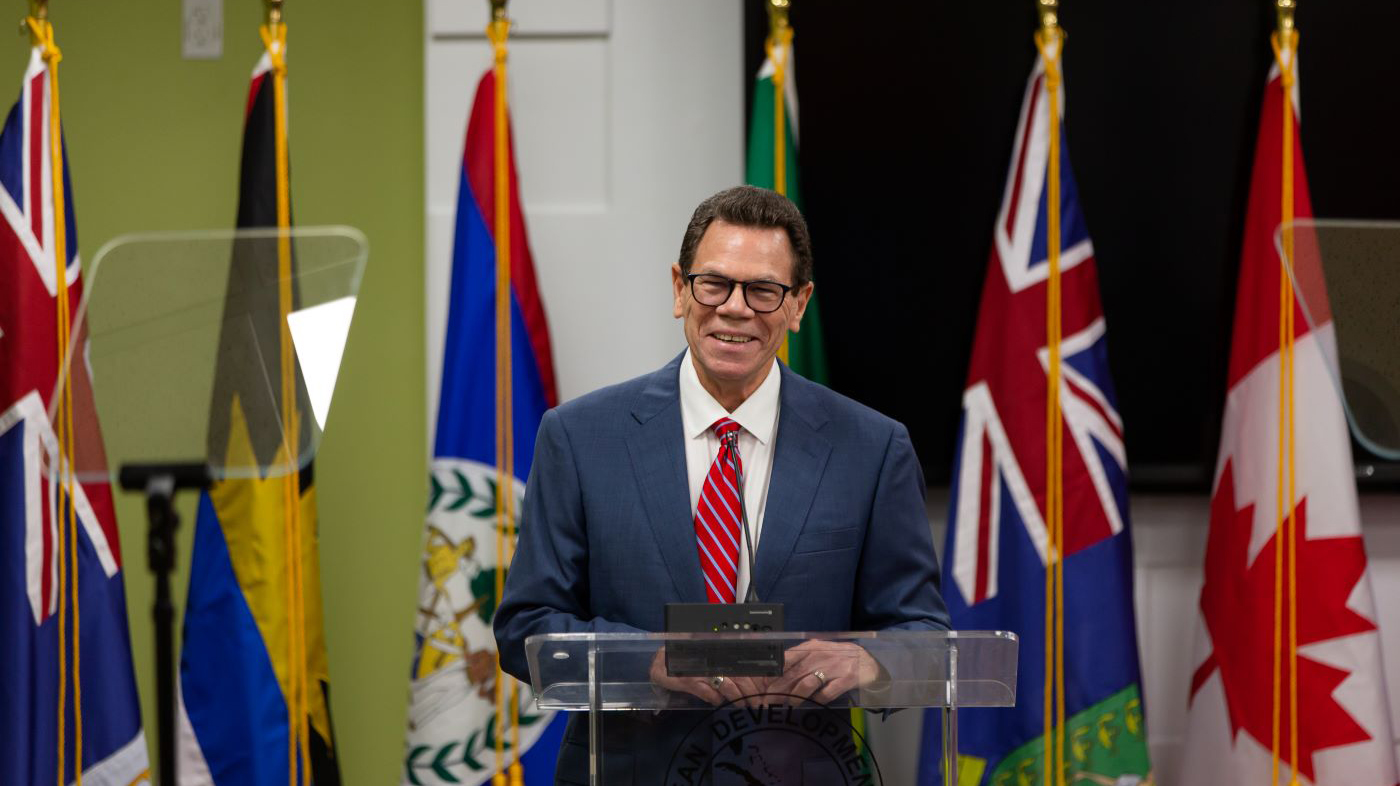 The President of the Caribbean Development Bank (CDB), Dr. Wm Warren Smith, stressed at today’s 50th Annual Meeting of the Bank’s Board of Governors that in the small Caribbean economies with no reserve currencies, sustainable advances in standards of living must be driven by export expansion.

The CDB President emphasised that Caribbean countries need to find a way to get the private sector to assume its place as the ultimate generator of jobs, incomes, and exports. In order to make this happen, the public sector needs to pay much more attention to creating an ecosystem that includes climate-friendly infrastructure, a healthy and skilled labour force, enabling legislative and regulatory frameworks, enabling culture, and access to appropriate types of finance.

Smith noted that the Caribbean has not exploited the true potential of the regional integration project to allow regional firms access to a larger protected market in which they could grow, and which would serve use as a launching pad to the global market. More than half of the actions agreed in the 2001 roadmap to a single market and economy still need to be implemented.

“I believe that the full potential of the integration movement has been limited by significant non-tariff barriers to trade; a lack of harmonised investment codes, tax incentives, and macroeconomic policies; and restrictions on capital mobility,” highlighted Smith.

Looking back at his tenure at the helm of CDB that will conclude in April 2021, CDB President Smith stated that the Bank was instrumental in helping to transform the Region. Between 2011 and 2019, total approvals amounted to US$2.5 billion with the bulk of the resources approved for projects in transportation, social infrastructure, environment, sea defences, disaster management, reconstruction, and energy. In the same period, US$1.8 billion had been disbursed. Despite the setbacks caused by COVID-19, total approvals in 2020 are anticipated to reach US$470 million, and disbursements to be around US$367 million.

Touching upon some highlights of CDB results, Smith noted that during the ten-year period, CDB helped to narrow the infrastructure deficit in the Region and improved access to social and economic services. Almost 2,400 kilometres of roads were constructed and upgraded with CDB funds. Some 60 communities benefitted from community-based interventions in disaster risk management to reduce vulnerability and strengthen the capacity of residents to cope with hazard events.

CDB also improved learning conditions by building human capital through investments in over 1,600 classrooms, and training almost 13,000 teachers. These initiatives have benefitted and continue to benefit some 469,000 students across the Region. By installing and upgrading over 800 kilometres of water supply lines in several countries, an estimated 62,700 households now have access to improved water and sanitation services.

To achieve this, CDB deepened strategic partnerships and mobilised resources from numerous donor countries and multilateral financial institutions, with a strong focus on attracting funding for climate adaptation, renewable energy and energy efficiency, making the Region more resilient to climate change while better meeting its energy demand in a sustainable manner.

“I am even more convinced that the business of development is complex. It requires many players, including CDB, joining forces in an orchestrated manner to create the environment best suited for advancing living standards in our Region”, concluded Smith.