Disaster prevention and preparedness
Published on
May 5, 2021 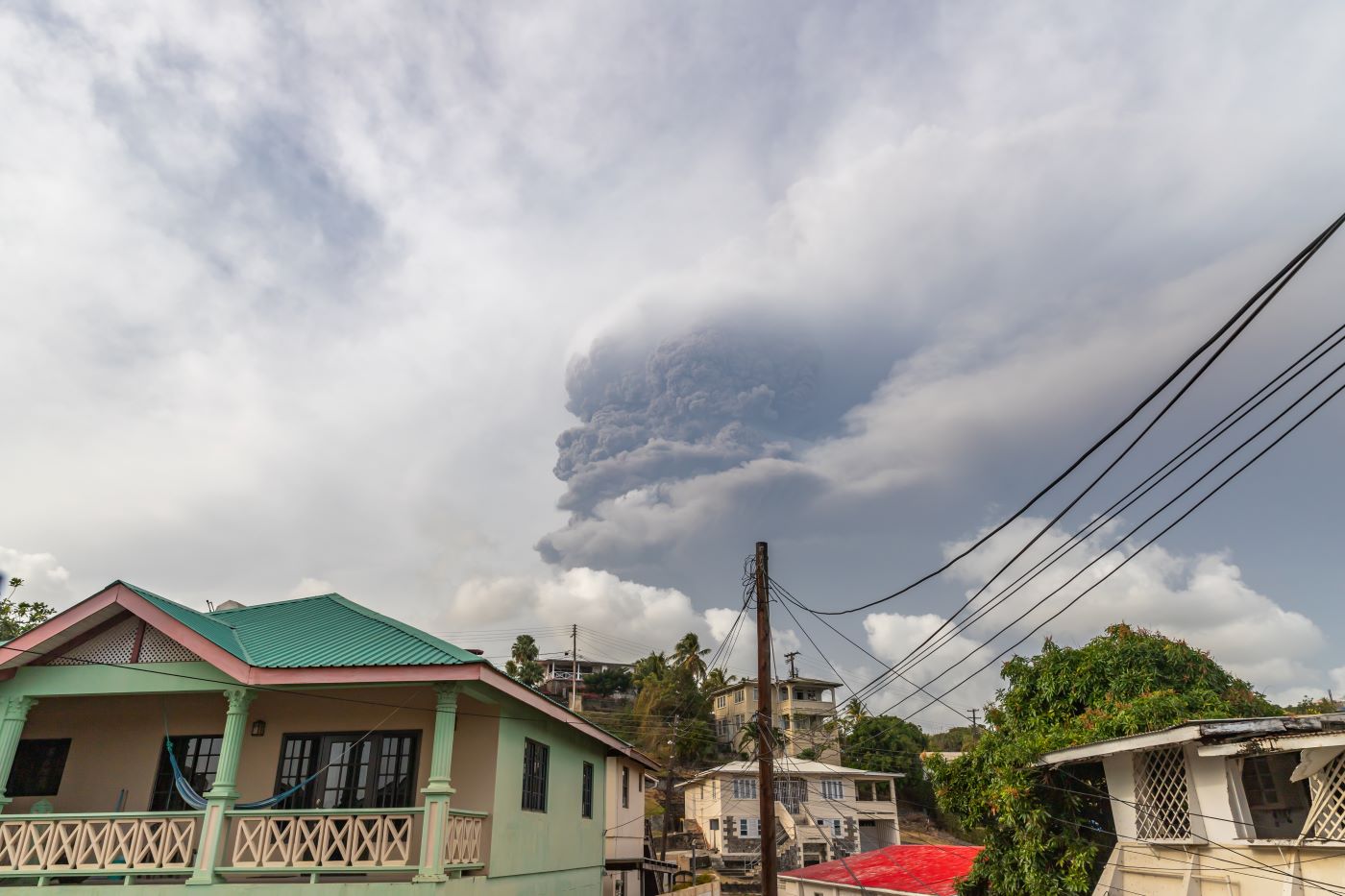 Vincentians impacted by the eruption of the La Soufriere Volcano will be getting over US$135,000 in assistance for relief supplies, volcano monitoring and early warning equipment under the Volcano Ready Project funded by the Caribbean Development Bank (CDB)

Supplies including 500 mattresses, 1500 cases of bottled water and fifty (50) 800-gallon tanks were delivered to the country on  April 29, while the equipment is being procured. The equipment include Seismic Station (Seismometer, recorder, digitiser, power supply and case), 20 Wireless Ethernet Radios, one Remote monitoring camera, three GPS Antennas and receivers, one SO Spectrometer for gas measurement and a Mavic 300 rone.

“We remain truly grateful for CDB’s support as we have seen where the work we have been public education and improve the volcano early warning system has ,” said Monique Johnson, Project Manager of the Volcano-Ready Communities in St. Vincent and the Grenadines Project.

“Many initially would have thought that the volcano readiness was a far-off concept but we have now seen how all the preparation we have been doing has helped. It is also that we boost the monitoring of the volcano at a time like this.”

The Project was started in 2017 under the Community Disaster Risk Reduction Fund (CDRRF) administered by CDB with finances from Canada and the European Union.

Johnson noted that emphasis was placed on education while Red Cross to disseminate close to 500 community readiness kits. She also credited CDB for its ongoing role in helping the project team to convert one seismic station to seven when the focus shifted to volcano monitoring and early warning.

“Our Belmont Observatory where scientists currently sit and do the monitoring has been  the support from the CDB. We are currently keen on using the extension period to invest in a drone which will improve remote monitoring keep the seismic team at a safe distance and us to capture data to better understand the ” she added.

CDB’s Project Manager of the CDRRF, George Yearwood explained the community engagement approach employed in their support of the project.

“Much has been done under the project to equip some of the island’s most vulnerable in the 12 communities closest to La Soufriere to secure their livelihoods and be prepared for evacuation. Once the volcano erupted we knew that we had to offer more support,” stated Yearwood.

“At this phase the lessons from this project will also be important for CDB’s/CDRRF’s Knowledge Management efforts in terms of how we capture best practices and have those replicated in other spaces. The sustainability component is equally important even after the project has pivoted and we can continue to build on these things at community and national level. Already, we are pleased to see that lessons from the project are being used to improve resilience in other areas of the Grenadines” he said.

“The communities have a fair amount of knowledge that they can draw on from the vulnerability studies and livelihood assessments that were done under the project. This knowledge will be very helpful in the rebuilding process,” said Aiken.

La Soufriere volcano erupted on April 9, 2021 and resulted in the red zone, which demarks communities closest to the volcanohe island has been struggling to cope with the aftermath as well as possibility of further eruptions.

“We will continue to look at how to provide support to St. Vincent even after the Volcano Ready Project ,” said Yearwood.