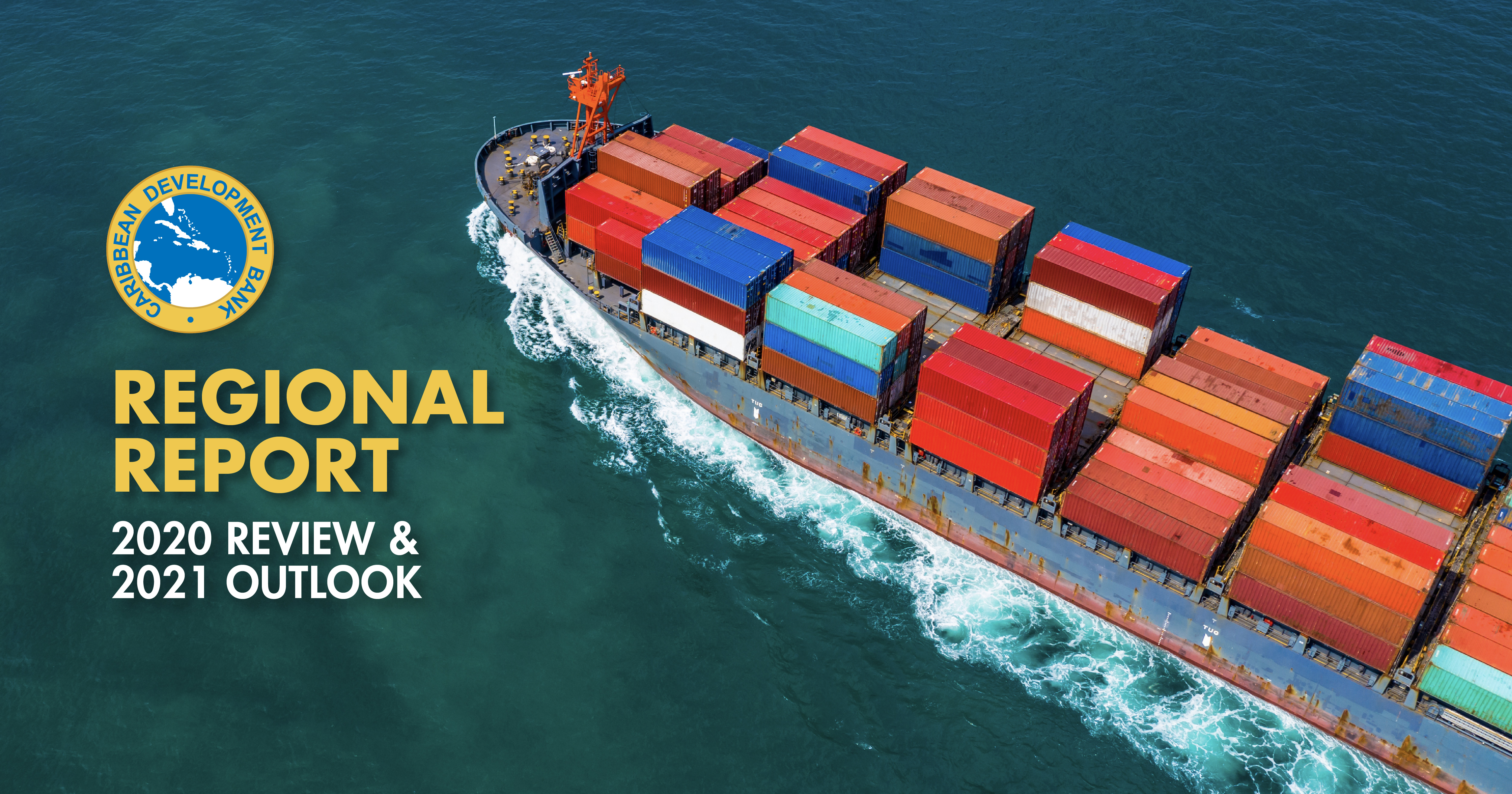 After an extremely difficult year in which the economies of its 19 Borrowing Member Countries (BMCs) contracted by 12.8% on average due to the onset of Covid-19, the Caribbean Development Bank (CDB) is projecting an average gross domestic product (GDP) growth of 3.8% in 2021. However, this projection, made in Part 1 of CDB’s Regional Report: 2020 Review and 2021 Outlook, released today, is clouded by the ongoing uncertainty, caused by the global pandemic.

In 2020, the majority of BMCs registered double-digit declines in GDP. Countries with significant tourism industries, such as The Bahamas, Barbados, Belize, Cayman Islands, Dominica, and Grenada, were hard-hit by a more than 70% drop in overnight visitors in 2020, which spilled over to affect other economic sectors. An increase in agricultural production in Jamaica could not prevent the economy shrinking by 10.4%. Agriculture in Belize was affected by a severe drought from the previous year, and then a reduction in tourism-related demand. The economy contracted by 13.3%.

Guyana was the only economy to record economic growth (26%), solely due to the start-up of its first oil production. However, growth was lower than expected due to lower global oil prices. Declining oil prices also caused economic contraction of 11.1% in Trinidad and Tobago. Guyana also saw mixed performances in agriculture – sugar production fell while rice production rose. In Haiti the pandemic affected manufacturing supply chains. This compounded the effect of social unrest on the economy early in the year.

Across the Region, the fall in economic activity led to a steep decline in government revenues. At the same time governments increased expenditure to support health sectors, and to provide social support and economic stimulus. Primary fiscal balances worsened in every BMC, averaging
-4.1% of GDP compared with -1.3% in 2019. Increases in unemployment rates were recorded in many countries, including The Bahamas, Belize, Cayman Islands, Grenada, and Jamaica, and are expected in most others. Unemployment rates were generally higher for women and for young people.

While the Bank does not expect a return to 2019 tourism levels this year, tourism-dependent BMCs will experience some economic recovery, led by Anguilla, where GDP is expected to increase by 10.9%. This recovery is underpinned by a gradual return of tourists, which is expected in the fourth quarter of the year, and focused efforts to roll out mass vaccination programmes throughout the Region. However, recovery is subject to risks, such as new waves of infection and possible new variants of the virus, and widespread availability of vaccines for some countries.

Expected oil price increases along with production expansion should contribute to projected GDP growth of 8.4% for Guyana in 2021. Higher oil prices will also support modest economic growth of 0.3% in Trinidad and Tobago.

When the pandemic diminishes, countries must continue to address the enormous economic challenges that confront the Region. Accelerated programmes to strengthen macro˗fiscal frameworks and broad-based structural reforms are required to address the development constraints limiting productivity and growth.

CDB President Dr. Wm Warren Smith said: “The pandemic has underscored the importance of building economic and social resilience. We can only reduce the susceptibility to external shocks when we accelerate the diversification of our economies; broaden our productive base; and take appropriate measures to build competitiveness whilst providing adequate safety nets to protect our most vulnerable groups.”