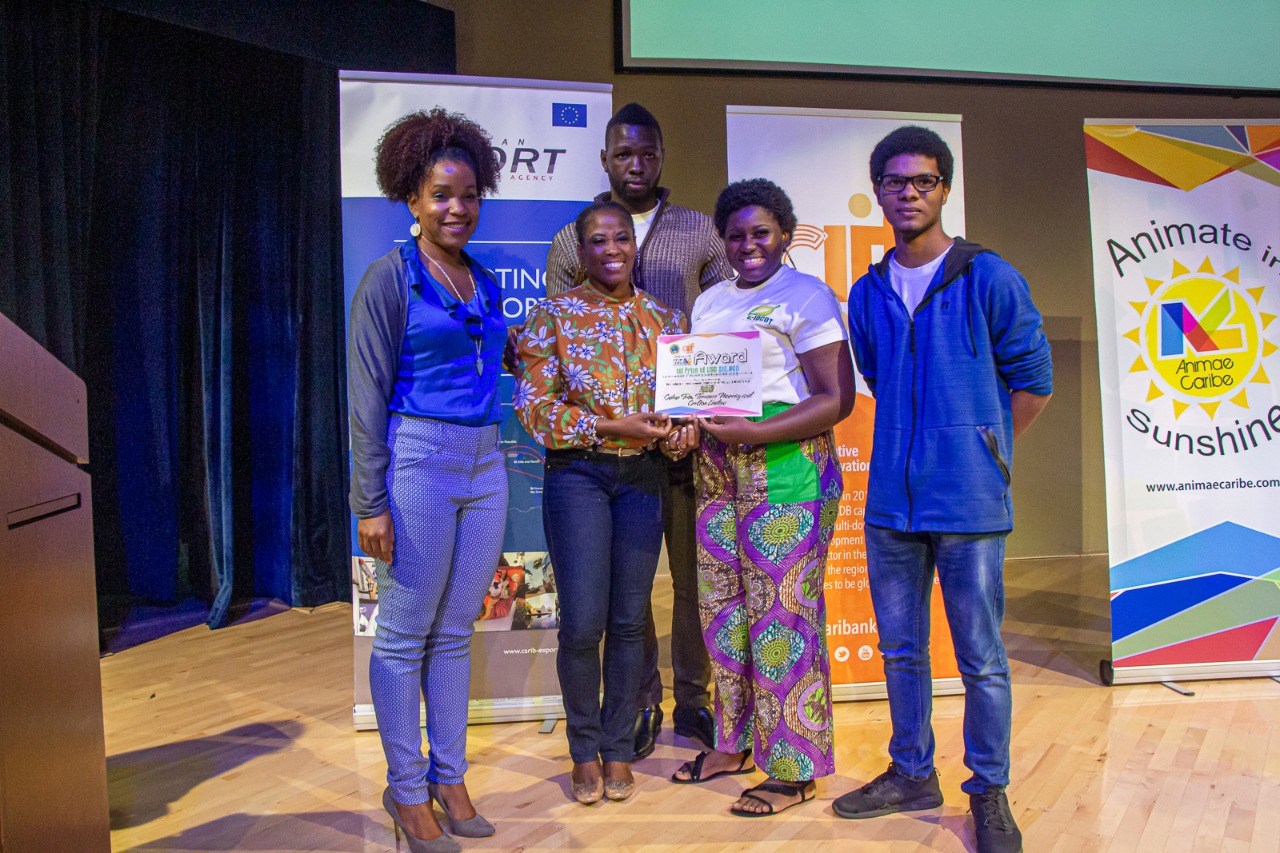 By some estimations, the global animation industry generates more than US$240 billion annually, and with greater planning and financing, there is no reason why creatives in the Caribbean cannot extract a greater share of this economic activity.

Among those who feels strongly about the potential of the sector is Roxanne Colthrust, project manager with Animae Caribe, the Trinidad and Tobago-based entity dedicated to the promotion and expansion of art, animation and gaming.

Colthrust believes the Caribbean has to be prepared to get its piece of the action, through promoting core skills found in the visual arts. With the support of the Cultural and Creative Industries Innovation Fund (CIIF) of the Caribbean Development Bank, they are working to do just that.

The team at Animae Caribe, who hosts the annual Animae Caribe Animation and Digital Media Festival, received US$50,000 in funding from CIIF for a three-month accelerator which seeks to engage visual artists at different stages of their development. They have partnered with ICE (Incubator for Collaborative Expression) run by Bahamian artist and advocate, Antonius Roberts to host the Visual arts accelerator, entitled “I.C.E Caribbean”. The programme will take the form of a regional biennial and residency programme.

The funding also helps them to underwrite the marketing and promotion costs, and pay a stipend to participating visual artists whose main source of income has been eliminated by the COVID-19 pandemic.

“We want to engage artists who are at different levels – from the novices who are new to the industry, to the experienced practitioners. A sizable portion of the CIIF funding will also be spent on the platform that we will use.

“The idea is that at the end of that engagement period, the artists create elements from topics such as gender equality, protection of the environment, and how to engage the other – people who might be different – the student who is autistic or dyslexic, for example.

“These are topics that are very much out there and through the sessions, we want to bring them down to visual representations,” Colthrust disclosed.

The Animae Caribe executive added: “With this project, we wanted to broaden the scope beyond animation. When we do interventions with various schools, students often ask how do you start an animation.  And really the best start is with art –fine art, visual art, drawing, and so we want . . . that creative thinking and development from our artists.”

Colthrust, who is very confident about the capacity of the Caribbean to make a greater footprint in the animation industry, highlighted that the COVID-19 pandemic had greatly increased the demand for content on various platforms around the world.

She added: “If we are to have a strong role in the animation industry – locally, regionally and internationally, we have to understand the breadth of the pipeline and that’s why visual arts is important to us.

“We have been very involved in trying to get our stories told. . . . Earlier this year, Animae Caribe attended Kidscreen, which is the largest conference looking at creating kids-directed content, and the buzz word at that conference was diversity.”

The marketing and content specialist said international producers are clamoring for unique characters. “They want to see the ‘browns’ and different complexions, different voices and that’s where the content is right now. The studios are saying they want to see content that reflects their global audiences.”

The three-month long accelerator is expected to be completed in June 2021.