Grierfield - a new road opens the community to the world 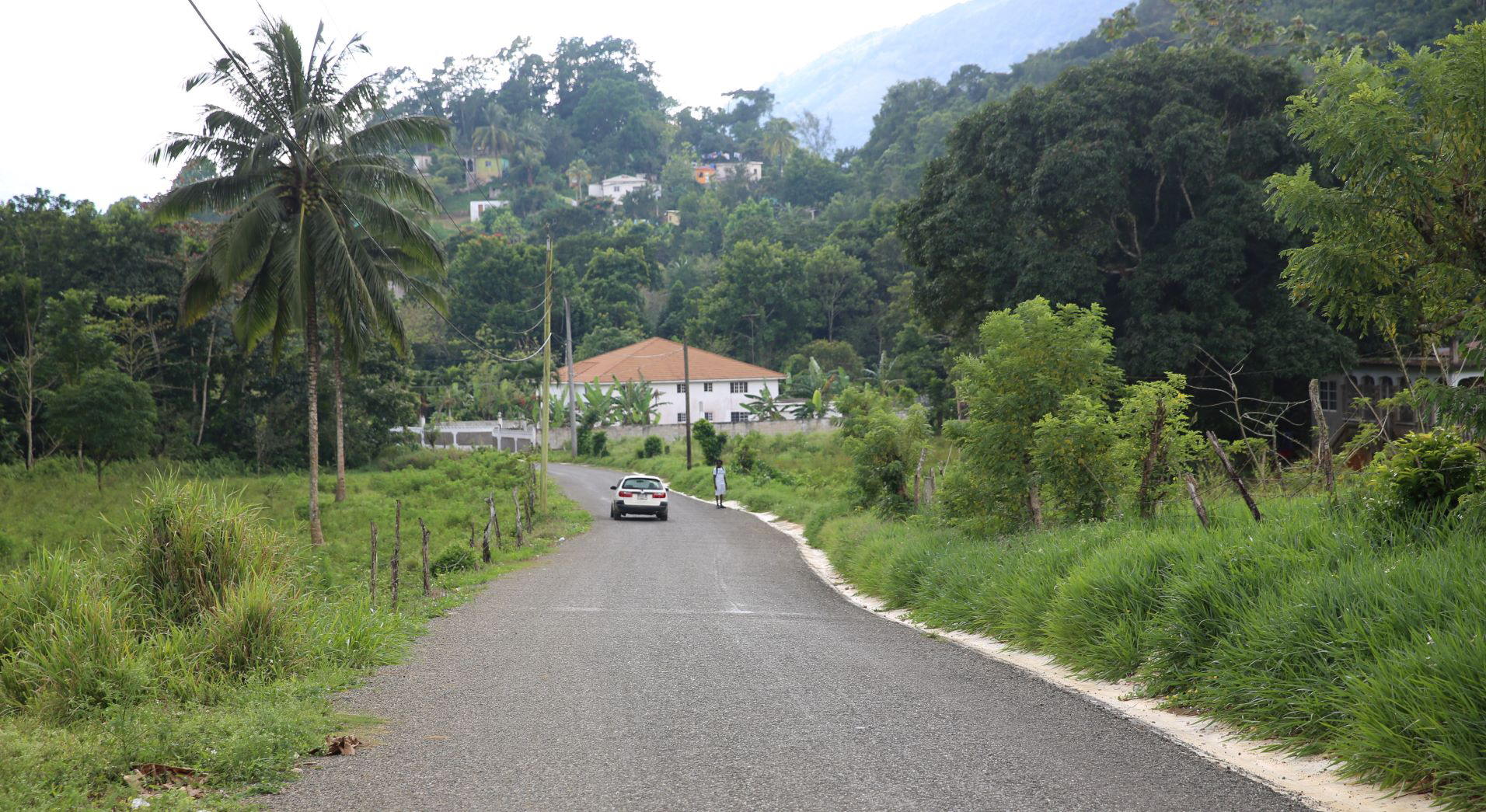 The more than 2,000 residents of Grierfield in St. Ann, Jamaica, can now traverse the community after the rehabilitation of the only access road.

The road was in very bad condition as it was never rehabilitated in its more than half a century of use. When Grierfield emerged from resettlement of residents due to the Kaiser Bauxite mining in the 1960s, the road was never handed over to the Government.

Norma Brooks, who has lived in Grierfield for 45 years, recalls having to wear plastic bags over her shoes in order to preserve them, while walking along the old road, noting that a few pairs were destroyed in the process.

Children also had a difficult time getting to school, with some having to wear a pair of shoes along the way, and then changing into another pair once they reach school.

Funded by a US$545,000 grant from the Basic Needs Trust Fund (BNTF) – a sub-programme of the Caribbean Development Bank’s (CDB) Special Development Fund  –, the road works of 3.9 kilometres, including installation of a drainage system and cleaning of culverts, was completed in 2018.

“When we complete road projects, the whole community benefits. The elderly can access the medical facilities and basic services; the farmers can take their produce to the market and bring fertiliser in,” says BNTF Portfolio Manager at CDB, George Yearwood.

The new road has brought vibrancy and has helped to improve the finances of the members of the community, who are now able to undertake commerce in a more manageable way. President for the Grierfield Farmers’ Group, Clement Daniels says that the rehabilitated roadway has made it easier for the more than 100 farmers in the community to access their fields and take their produce to market. The quiet farming community produces ackee, yam, pepper, June plum, cane, banana, and cherry. The residents have also ventured into manufacturing wines, sauces, and pickles.

Previously, getting a taxi to transport farm produce would have attracted an exorbitant cost; however, with the new road, the fare has significantly decreased. The taxi fare to the nearest town has fallen from US$3.75 to $1.15, while it was not easy to get a taxi in the first place and drivers were anxious about damage to their cars. Secretary of the Farmers’ Group, June Stennett, welcomes the ease of access to transportation. “The road is now superb and taxis are willing to take you home,” she says.

For elderly citizens, the new road is a game changer as they are now better able to traverse the roadway, and get to their medical appointments. For many residents, the new roadway has provided an avenue for wellness, as it is being used as an exercise trail.

Knowing how the rehabilitated road has changed their lives, residents agree that it needs to be kept in good shape. The Jamaica Social Investment Fund, which had overseen the road works, also provided training in maintenance to community members as part of the project.

Looking along the road, former councillor for the area Lloyd Garrick, who had advocated for the road rehabilitation for decades says: “A dream comes true!”