Seminar: Reimagining Caribbean Economies in the Wake of the COVID-19 Pandemic

The COVID-19 pandemic has had fundamental and potentially long-lasting impacts on the Borrowing Member Countries (BMCs) of the Caribbean Development Bank (CDB).  All but one of the BMCs recorded declines in gross domestic product (GDP), and 13 of these suffered double-digit contractions.  Unemployment increased and there was extensive loss of livelihoods.  There has been considerable public debt accumulation, as governments were obligated to increase expenditures to manage the health and social fallout from the pandemic while suffering deep declines in revenue.

This webinar will have an expert panel who will explore some of the protracted impacts of the COVID-19 pandemic on BMCs; the policy imperatives for recovering from the impacts; and the keys to building a region that is far more resilient to external shocks.

In 1979, Gregory Bowen joined the Grenada Electricity Services (GESL) and was appointed General Manager in 1985 and lead the ambitious rural electrification program which resulted in an increased access to electricity and hence consumer base, from 45% to 98% between 1986 and 1989.

In June 1995 he was appointed Minister for Communications, Works, Public Utilities and Transportation. Minister Bowen spearheaded the liberalization of the Telecommunications and Electricity Sectors which were monopolies, in 2000 and 2020 respectively thus affording diversity of services and the transition to renewable generation facilitating Grenada’s commitment path to 100% renewable generation by 2030.

He currently holds the position of Deputy Prime Minister and Minister for Finance, Economic Development, Physical Development, and Energy. He is also the Member of Parliament for the constituency of Saint George South East. 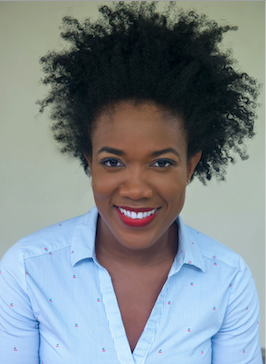 Marsha Caddle is an economist, Member of Parliament and Minister for Economic Affairs and Investment in Barbados.  Her specialties in Economics are financing for development; economic governance; competitiveness and investment; and inequality, social protection and human development.  Prior to joining the Cabinet of Barbados, Ms. Caddle worked with the Caribbean Development Bank, following her role as Programme Manager, Poverty and Economic Security with the United Nations Development Programme (UNDP).  She also formerly managed the Economic Security and Rights programme of the then United Nations Development Fund for Women (UNIFEM) Caribbean Office.

Ms. Caddle received her Economics training at the Universidad Católica Santo Domingo, and has since continued her training in International Economics with the University of Utah, and in Poverty Analysis and Measurement with the Oxford Poverty and Human Development Initiative.

In her current role, among Minister Caddle’s responsibilities are public investment, economic research and policy, physical planning and development, competitiveness and the growth environment, data and national statistics and climate finance.

Minister of Finance and the Public Service, Jamaica 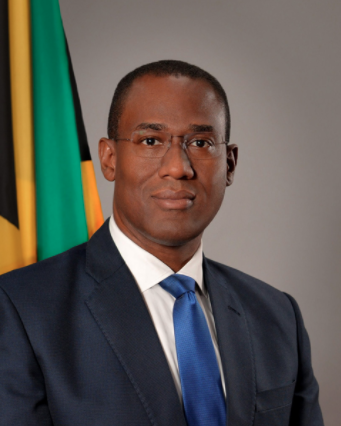 The Hon. Nigel Clarke, DPhil., MP, is Jamaica’s Minister of Finance and the Public Service and is Member of Parliament for St Andrew Northwestern.

He has served as Ambassador of Economic Affairs where he represented Jamaica’s interests with multilateral institutions and as a Senator in the Upper House of the Jamaican Parliament between 2013 and 2015.

Minister Clarke served as Vice Chairman of the Musson Group where, over 15 years, he played an integral executive leadership role in the expansion of the group from a base in Jamaica to having subsidiaries in over 30 countries.

In his private sector career, Dr. Clarke is recognized for having led, managed or executed dozens of acquisitions and corporate transactions, primarily in the Caribbean and Central America but also in Europe and the Pacific, and for his expertise in structuring and negotiating large scale in-bound equity and debt investments from major global institutions.

Dr. Clarke has been Chairman, Vice Chairman or director of many companies listed on the Jamaica Stock Exchange and his private sector experience spans broad areas of the economy including manufacturing, distribution, consumer goods, telecom services, agriculture, food processing, banking, insurance, property development among other areas.

Minister Clarke has also been an active social entrepreneur where he is the founding Chairman of the National Youth Orchestra of Jamaica, an NGO that operates music for social change programs at eight centres in Kingston and Spanish Town.

Minister Clarke is a recipient of the PSOJ’s “50 Under 50 Business Leader Award” as well as the Kiwanis Community Service Award. 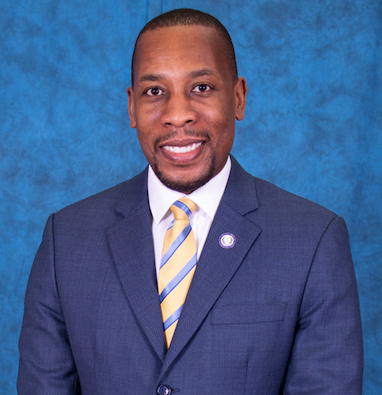 Mr. Antoine is an economist and development practitioner by training, experience and passion. He holds a BSc Degree in Economics with Management from the University of the West Indies and an MSc Degree in Social Policy and Planning in Developing Countries from the London School of Economics.

Before assuming the office of Governor, Mr. Antoine had a 22-year distinguished career with the Government of Grenada. Much of that time (14 years), he served as Permanent Secretary in the Ministry of Finance.

From November 2005 to November 2007, Mr. Antoine served as Advisor to the Executive Director for Canada, Ireland and the Caribbean in the World Bank Group and was based in Washington D.C.

During his tenure as Chief Operating Officer of the Financial Services Division, the division's pre-tax profit rose from $280 million in 2000 to $1.417 billion in 2005, an increase of 406 %.  Additionally, under his leadership, the GraceKennedy Group achieved recording breaking results for the financial year ended December 31, 2020. This represented the Company’s best financial performance in its 99-year history.

Mr. Wehby is currently New Zealand’s Honorary Consul to Jamaica, following his appointment in September 2015. He is currently serving his second consecutive term as a Government of Jamaica Senator, having been appointed in 2016 and 2020. In 2017, Mr. Wehby received the Order of Distinction (Commander Class) for his sterling contribution to both the public and private sectors.

Mr. Wehby is currently the Chair of JAMPRO (a government agency which promotes business opportunities in export and investment to the local and international private sector).  His prior professional affiliations include Vice Chairman of the Diaspora Conference Implementation Council, Director of the West Indies Cricket Board (WICB). He also served on the Boards of Food for the Poor, Cable & Wireless Jamaica, and his alma mater St. George’s College and as Vice-President of Jamaica’s Private Sector Organization of Jamaica and Chairman of its Economic Policy Committee.

A Fellow Chartered Accountant, Mr. Wehby holds a Bachelor of Science and a Master of Science degree in Accounting from The University of the West Indies and has completed an Advanced Management College certificate course at Stanford University.

Chairman of the Regional Multidisciplinary Centre of Excellence (RMCE)

Ali Mansoor, is the Chairman of the Regional Multidisciplinary Centre of Excellence (RMCE), an Inter-Governmental Organization set up by Mauritius, the Common Market for Eastern and Southern Africa (COMESA) and the Indian Ocean Commission (IOC) to promote reform through peer learning and peer support.

the first African Chair of the Global Forum for Migration and Development (GFMD) in 2012.

an Assistant Director at the IMF from 2013 to 2019 and headed the Development Issues Unit (responsible for developing policy towards Developing countries) and one of the West African Divisions.

Lead Economist in the Office of the Chief Economist for the Europe and Central Asia Region in the World Bank (2003-06);

At the IMF he led and edited books on Middle Income Countries in Africa, the political economy of reform in Senegal and the informal sector in Africa and has written on resilience to natural disasters, regional integration, privatization, migration, fiscal decentralization, and capacity development. 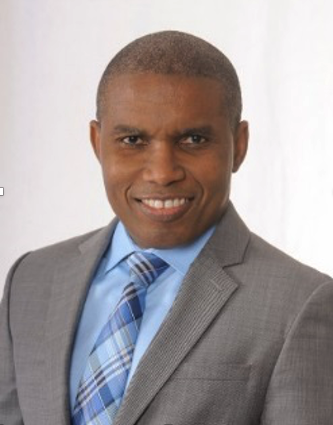 Ian Durant is Director of the Economics Department of the Caribbean Development Bank (CDB), and was previously Deputy Director and Economist in the Bank.  He has done research on debt sustainability and debt restructuring and has worked on policy-based loans for Caribbean countries that involved debt restructuring.  Prior to joining CDB, Ian worked in the Research Department of the Central Bank of Barbados.  He also worked at the Caribbean Regional Technical Assistance Center (CARTAC) as Macroeconomics Adviser, where he managed technical assistance and capacity building in the area of macroeconomic programming and policy.  Ian has a B.Sc. from the University of the West Indies, Barbados, and a M.Sc. from the University of Birmingham in the United Kingdom.