VYBZING took place in the Turks and Caicos Islands as part of the agenda for the 47th Annual Meeting of the Board of Governors of the Caribbean Development Bank (CDB).

The Bank, through the youth outreach programme, ran a contest for youth of the country between the ages of 14 and 29. The Snapchat Story Challenge engaged young people on the topic of creative entrepreneurship.

Cherline Dabel was the first place winner of USD1,500 in the Challenge for her submission, ‘Creatives Enterprises: A new window of opportunity!.’ Shakiah Lewis won the second prize of USD1,250 for ‘Let’s take a trip around the Caribbean’. The submission by the team of Donell Simmons and Mackxenlande Pierre, ‘Creatrix and Industria on Creative Industries in the T.C.I’, captured the third prize of USD1,000.

In addition, CDB hosted a Forum for youth between 18 and 35 years old, during which they learned how to build a successful business in the creative industries.

The Youth Forum was held under the theme, “Start Up and Stand Up: Promoting Creative Entrepreneurship among the Youth.” 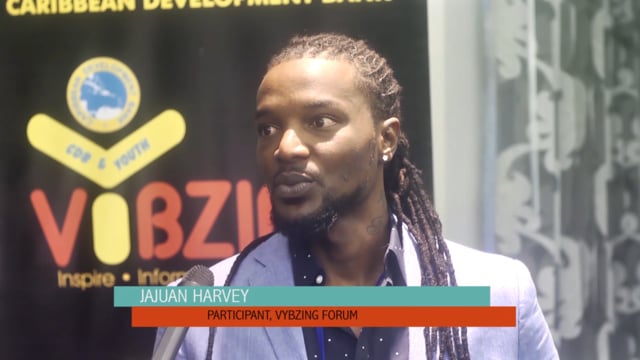