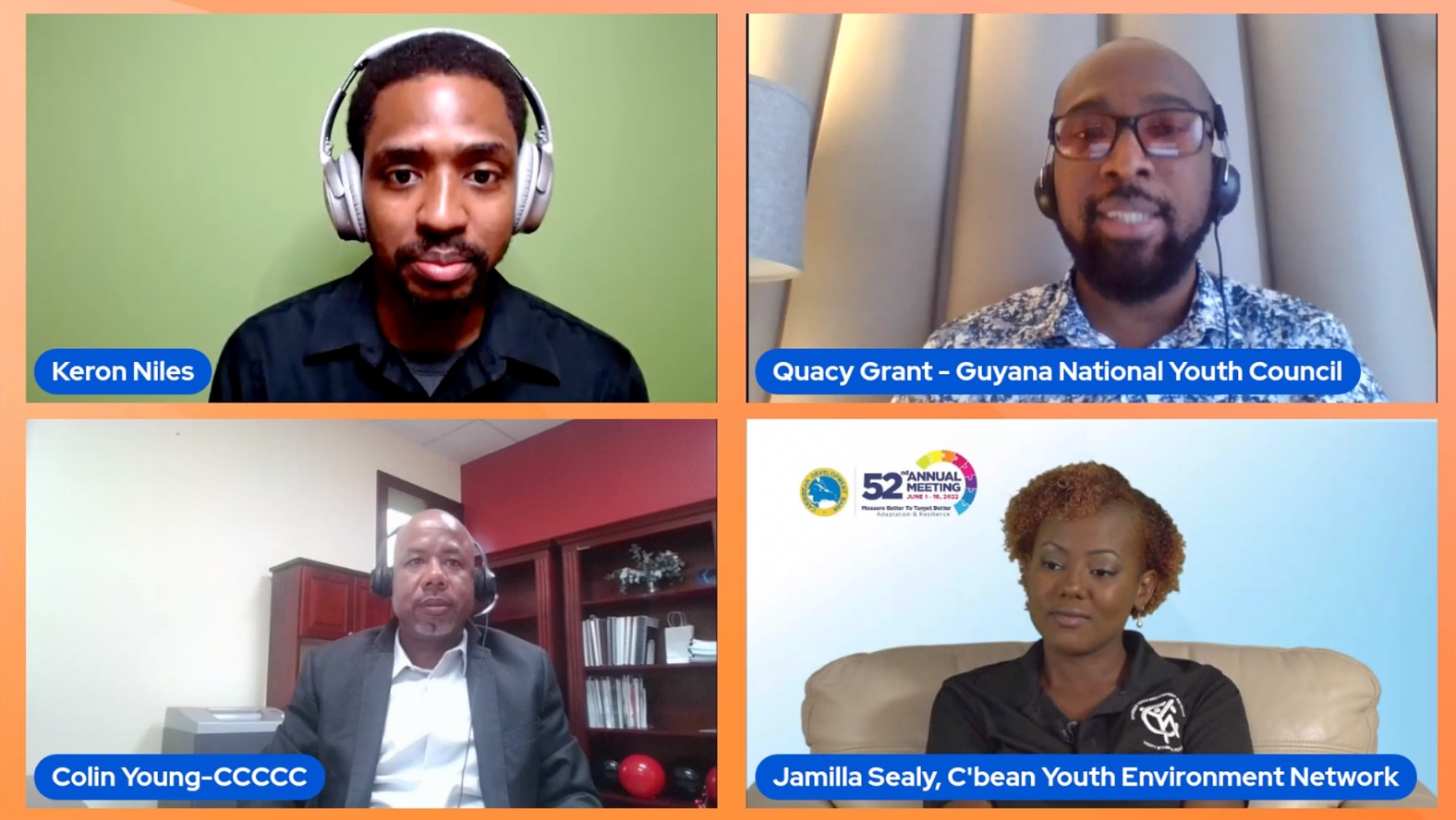 Climate change is not and has never been simply an environmental issue – the impact of our changing planet reaches far beyond weather patterns and into our personal lives, affecting physical and mental health.

A panel including youth leaders, climate experts and medical professionals, emphasised this on Tuesday at the youth forum of the Caribbean Development Bank’s (CDB’s) 52nd Annual Meeting, pointing to myriad ways in which climate change can affect health in communities across the Region.

Their comments came during the first panel discussion of the forum entitled ‘Caribbean Youth for Innovation and Resilience (Youth FIRE)’ which was conceptualised by youth advocates and leaders across the Region. The panellists, speaking on the topic Climate Change and Health, addressed the lived reality for Caribbean youth in particular, in facing accelerated climate change and its attendant impacts on health.

“We need to know that climate change is a cross-cutting issue. It’s not just something that the environment world has to tackle. It affects every single person in many different ways,” stressed Jamilla Sealy, a long-standing member and leader within the Caribbean Youth Environment Network.

This was underscored by Dr Quacy Grant, a medical doctor, and President of the Guyana National Youth Council, who spoke of the health risks and impacts of recent flooding in his native Guyana.

“Currently in Guyana we are experiencing some flooding and with flooding we have risks for diseases such as leptospirosis, we have the vector borne diseases... That makes up the physical aspect that can make people ill. But we also have the mental health issues that the persons would go through. Because of the flooding they would have to think about displacement. If their homes are flooding, they would have to move out. They become… anxious and fearful, not certain of the future, not certain of tomorrow,” he stated.

He added that for this reason “we have to remember … as we link health to climate change, we cannot take the person out of the environmental context in which that person lives.”

Sealy flagged that this was an issue not well enough appreciated and understood by the public, mentioning a recent survey conducted by the CYEN.

“In the last weekend, the CYEN in Barbados did a survey on climate justice and… from what I’ve seen, only 21.5% of the 300 persons that were surveyed noted that they thought that health was an impact of climate change, so I believe maybe they’re not as aware of the impacts and might not include mental health as an issue. That is one thing we would all need to work on,” noted the CYEN representative.

Executive Director of the Caribbean Community Climate Change Centre (CCCCC), Dr Colin Young highlighted such work, specifically a project which CCCCC is currently working on to help improve adaptation to how the changing climate impacts health.

“The centre is currently working with The Bahamas and Trinidad and Tobago in implementing a Green Climate Fund project that is looking at how do we develop a climate resilient health system. In The Bahamas one of the deliverables … is going to be an electronic public health surveillance system that will improve the efficient monitoring and management of health issues amplified by climate change… [such as] the incidence of cholera, the incidence of dengue, of malaria that tend to accompany the floods that are increasing in both frequency and intensity,” he outlined.

The panel was moderated by Dr Keron Niles, lecturer in the Institute of International Relations at the University of the West Indies.