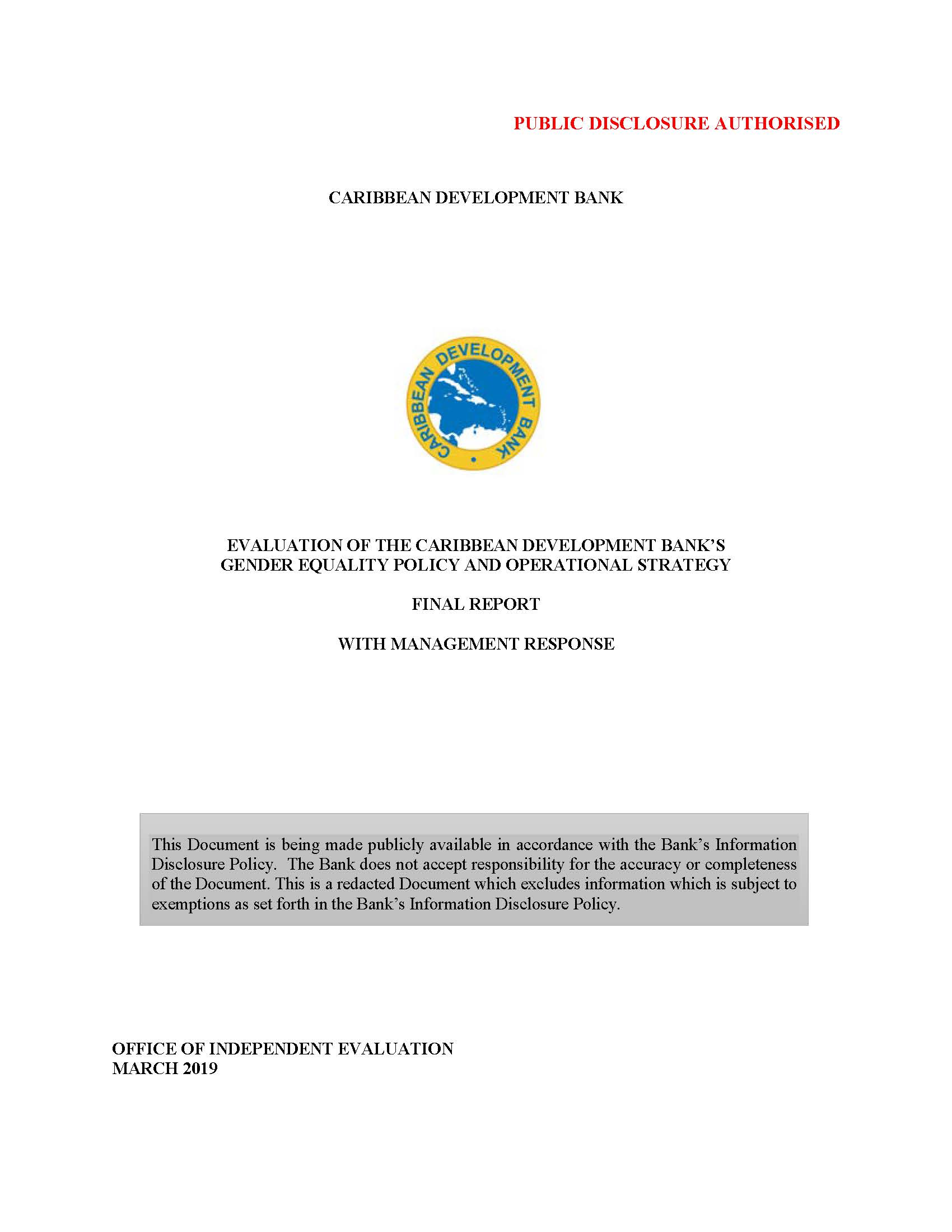 Caribbean social, political and economic structures are influenced by and contribute to unequal gender relations, the persistence of gender stereotypes and harmful gender norms which define and restrict equal access to services and resources.

This report presents the results of the evaluation of the Gender Equality Policy and Operational Strategy (GEPOS) which was developed in 2008 to mainstream gender-responsive actions in the operations of the Caribbean Development Bank (CDB). The evaluation focused primarily on the 2013-18 period in order to reflect on the progress made by CDB after the 2012 assessment of the GEPOS and 2013 Gender Equality Action Plan.

The evaluation examined the full range of CDB operational activities, including loans, grants, and technical assistance, as well as the Bank’s policy dialogue (primarily through the Country Strategy development process) and supporting analytical work.

The purpose of the evaluation was to examine and gather lessons on the:

(a) relevance of the Bank’s approach and extent to which its activities promoted gender equality;

(b) effectiveness of operations which  sought to support gender equality;

(c) sustainability of institutional improvements in CDB and borrowing member countries; and

(d) institutional factors which influence investment in and mainstreaming of gender equality in Bank operations.

The report features 17 findings, 5 conclusions, and 8 recommendations which are intended to inform the next iteration of the GEPOS.