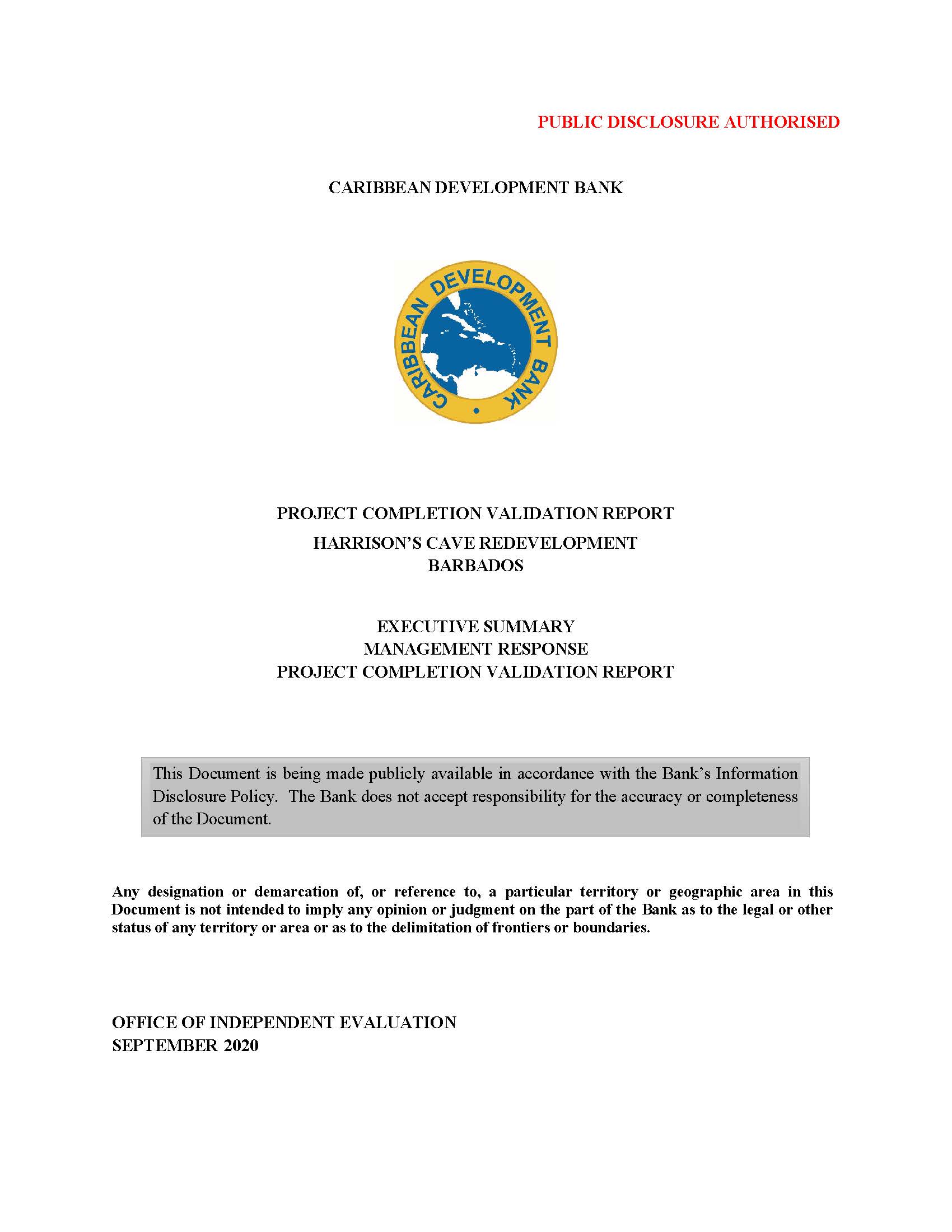 Harrison’s Cave was opened as a public attraction by the Government of Barbados (GOBD) in 1981.  By the mid-1990s it became evident that the full economic potential of the Cave was constrained by an aging plant, an undeveloped Cave system, restricted capacity during peak hours, limited visitor amenities and inadequate site access.

Given the importance of the Cave to the tourism development of Barbados, CDB provided technical assistance (TA) loan to the Government of Barbados in the amount of USD1.38 mn to finance a pre-investment study for the expansion and upgrade of the Cave and other tourism sites.

Following the recommendations of that study, the Board of Directors (BOD) approved a capital loan of USD16.87 mn in July 2006 to Caves of Barbados Ltd (CBL) to assist in financing the development of the Cave’s facilities, road safety improvements, the replacement of tour trams and the enhancement of the equipment and operations.  An additional loan of USD12.85 mn was approved by the BOD in October 2009 to finance cost overruns associated with design changes and delays in project implementation.

CBL was the Executing Agency. Project completion was predicted for September 2011, but actual completion occurred in December 2015.