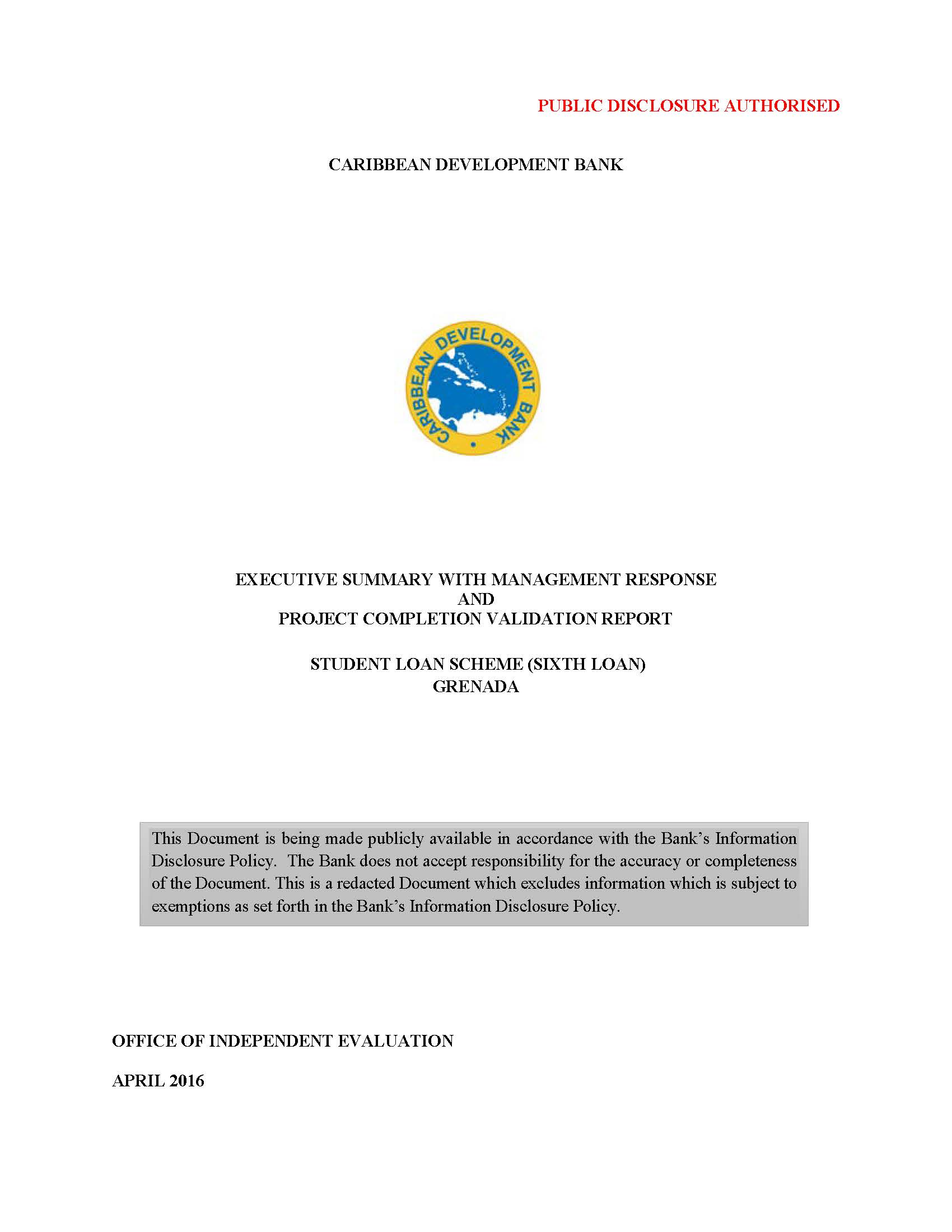 The Grenada Development Bank (GDB) has been involved with CDB’s Student’s Loan Scheme (SLS) programme for over 15 years.  In July 2001, GDB submitted an application for funds to finance its student loan programme.  Following discussions between the Government of Grenada (GOGR), GDB and CDB, concerning the performance of GDB, and negotiations with GOGR, the Board of Directors (BOD) of CDB approved a loan October 10, 2002 to GOGR not exceeding the equivalent of 3.548 million (mn) United States dollars (USD3.548 mn).

The loan comprised USD3 mn from CDB’s Ordinary Capital Resources (OCR) and USD0.548 mn from CDB’s Special Funds Resources.  USD3 mn was to be used for the traditional SLS. USD0.5 mn or 14 per cent (%) of the total funds were designated to provide educational loans to students from poor and vulnerable households who satisfied the educational criteria but not the financial criteria of the SLS programme.

CDB assessed that GDB needed institutional strengthening and strategic planning to improve its competitiveness.  A component of the loan included Technical Assistance (TA) to facilitate the preparation of a strategic plan.  It was also a condition of the loan that all posts of managerial and auditing functions be held by persons whose qualifications and experience are acceptable to CDB.