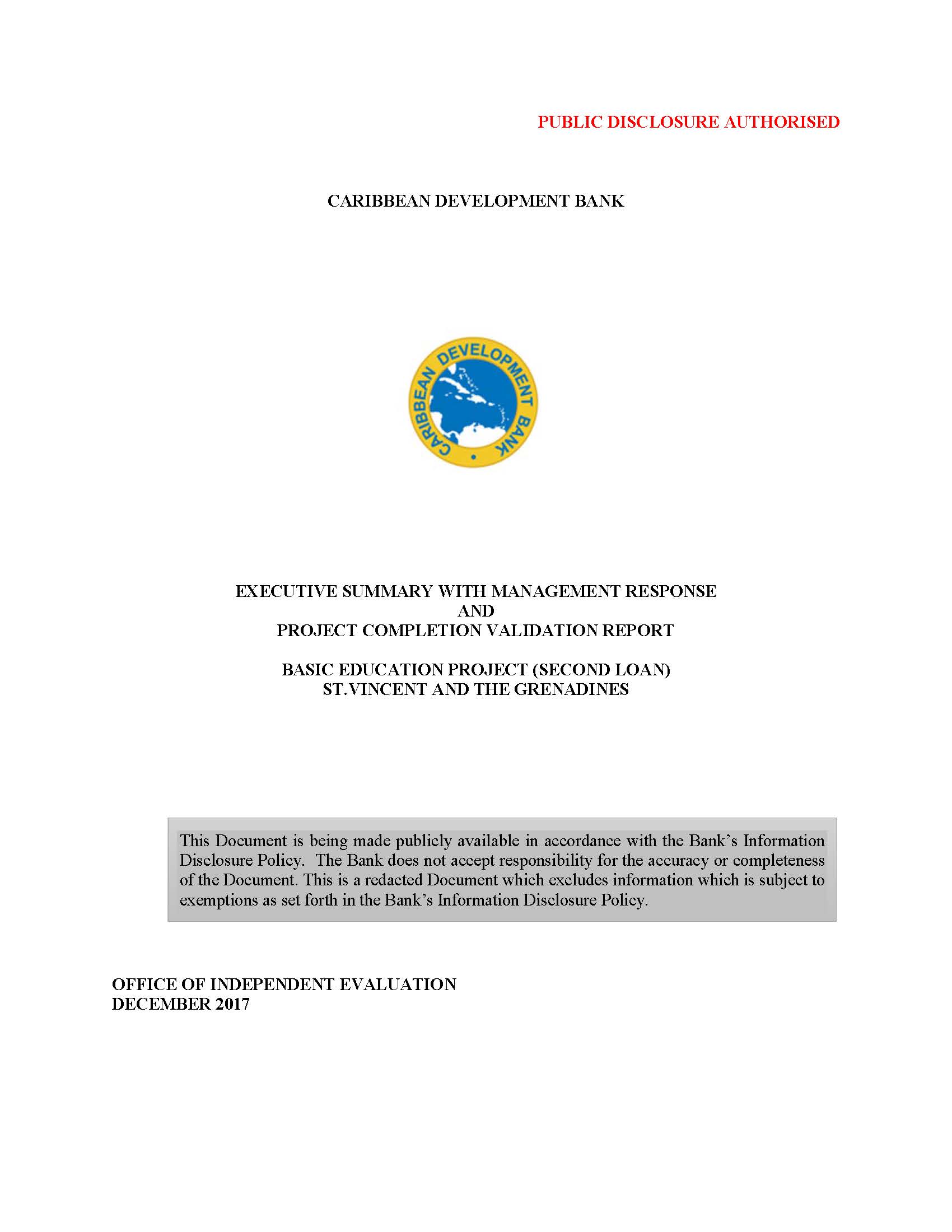 The Government of St. Vincent and the Grenadines (GOSVG) has placed great significance on the role of education in the social and economic development of the country and accords high priority to the goal of providing every citizen with quality education and training.  Government’s policy is to strengthen the country’s human capital base so as to make it more competitive and technologically responsive in the 21st Century.  However, this human resource development thrust was undermined by issues such as limited access to pre-primary, secondary and tertiary education; low education quality and student achievement in basic education; and weaknesses in planning and management of the system.  Against this backdrop, GOSVG developed a new Education Strategy Development Plan (ESDP) which was consistent with the ongoing education reform strategy of the Organisation of Eastern Caribbean States, as a broad framework for addressing these key sector issues in the medium term.

This Basic Education Project II (BEPII) was expected to further enhance the Education sector and consolidate the achievements of the first BEP project which was loan-financed by the Caribbean Development Bank (CDB) in 1996 for an amount of USD6.083 million (mn) and a grant for USD0.06 mn. BEPII was also expected to serve as a catalyst in equipping the people of St. Vincent and the Grenadines with the knowledge, skills and attitudes to be more competitive in the Caribbean and beyond.