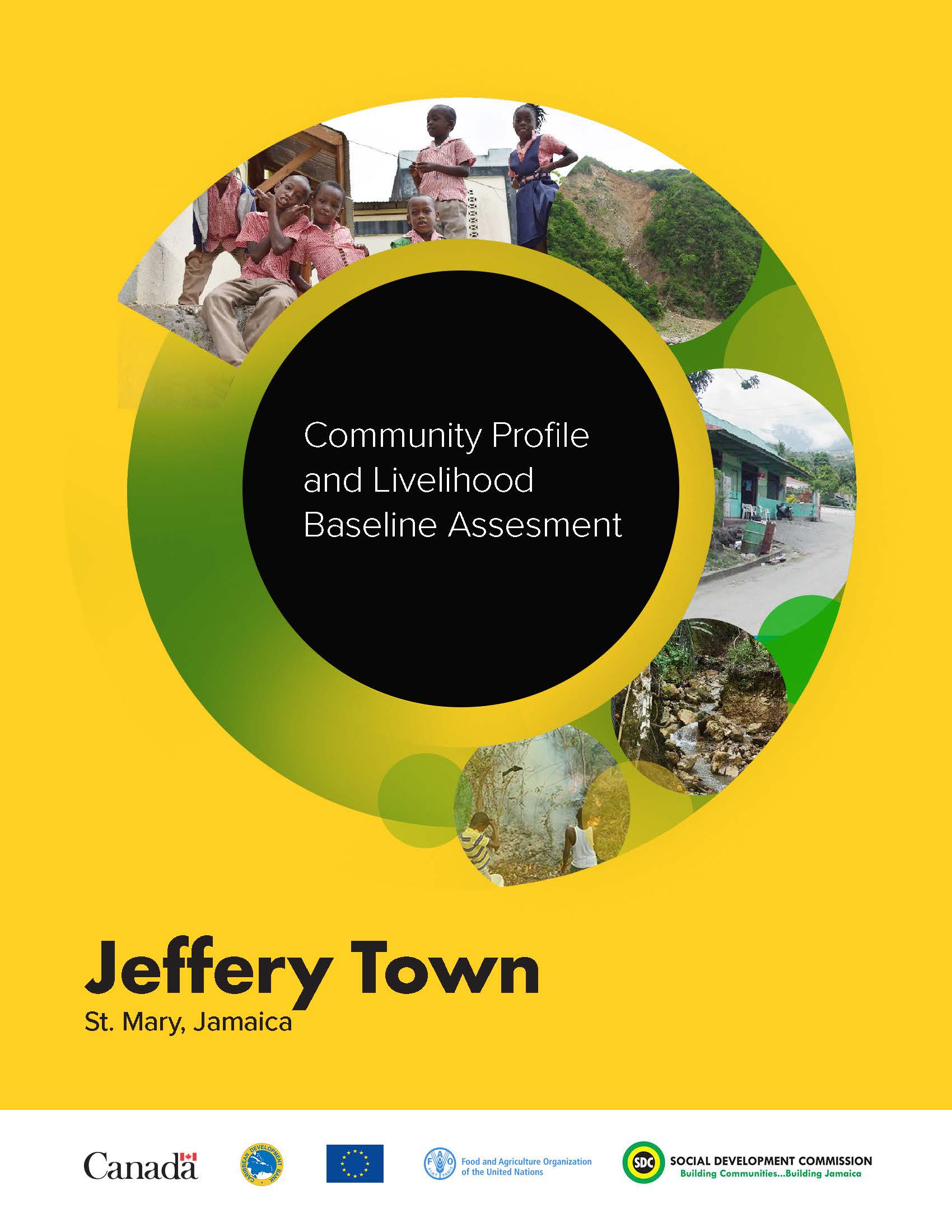 In 2019, the Livelihood Based Assessment (LBA) and Contingency Planning approach was applied in Jamaica to provide pre-disaster livelihood information for five of the communities being supported through community projects funded by the Community Disaster Risk Reduction Fund (CDRRF) of the Caribbean Development Bank (CDB).

Jeffery Town is one of the communities that were included in the LBA exercise. Jeffery Town is a small rural farming community situated in Southeast St. Mary. The community has six (6) districts, namely Jeffery Town Proper, Wallingford, Top Road, Coffee Walk Road, Barker and Decoy (Part of Guys Hill).

The estimated total population for Jeffery Town is 2,982 persons, occupying 637 dwellings and 877 households. The average household size was 3.4 persons. In terms of the distribution of the population by gender, females outnumbered their male counterparts, accounting for 52.4% of the overall total population.