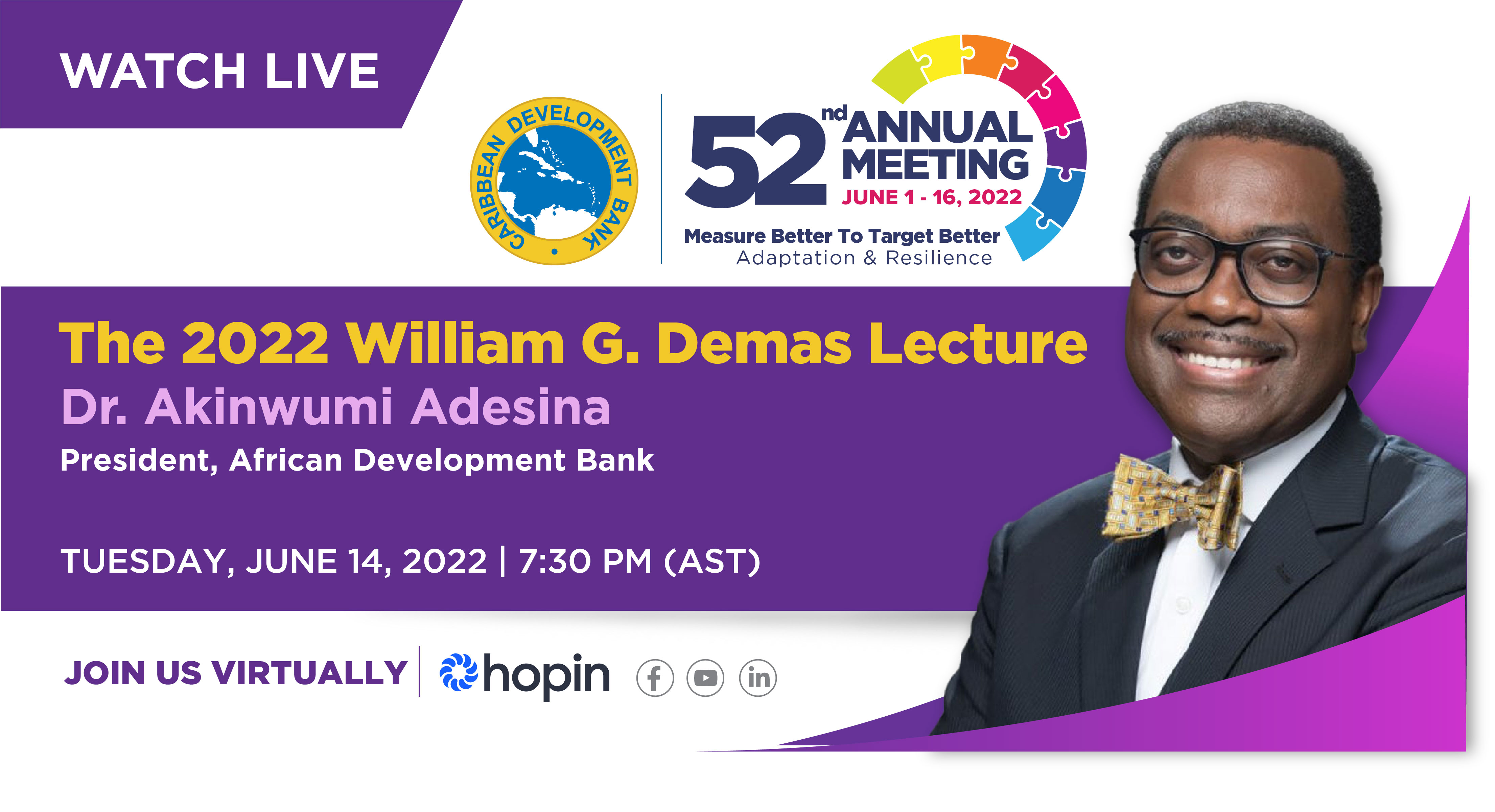 The globally renowned economist and agricultural development expert will give a wide-ranging address drawing on success stories from the AfDB’s “High 5”, a game-changing initiative which Dr. Adesina unveiled when he assumed leadership of the Bank in 2015. The Project focuses on accelerating economic transformation across African through five areas of focus, expanded energy deployment, greater food security, increased industrialisation, deeper integration, and enhanced quality of life of citizens across the continent.

Dr. Adesina will also share lesson-learned from the AfDB experience, and make recommendations for propelling sustainable development in developing economies including the Caribbean. The lecture comes against the backdrop of the push from both CARICOM and the African Union to deepen relations between Africa and the Caribbean with an emphasis on trade, investment and financial partnerships.

CDB President, Dr. Gene Leon said, “While there is a historical link between the Caribbean and Africa, we must now seek to forge economic linkages and development partnerships to build the economies and societies of both the Region and the Continent and also to learn from each other, and we are looking forward to being both guided and inspired by what Dr. Adesina has to share.”

Dr. Adesina said, “It will be an honour to deliver the William G. Lecture and help the Caribbean and the international community benefit from the efforts, experience and success of the African Development Bank. Delivering sustainable development, prosperity and improved quality of life for citizens is a mandate the AfDB and the CDB have in common and the exchanging of ideas, expertise and information is a benefit of our partnership.”

Known as bold reformer, Dr. Adesina served as Minister of Agriculture in Nigeria from 2011 to 2015 and is credited with transforming the sector through innovations including the use of mobile technology and monetary systems. Under his leadership, the AfDB Group achieved its highest capital increase in 2019 when shareholders raised the general capital from $93 billion to a historic $208 billion.