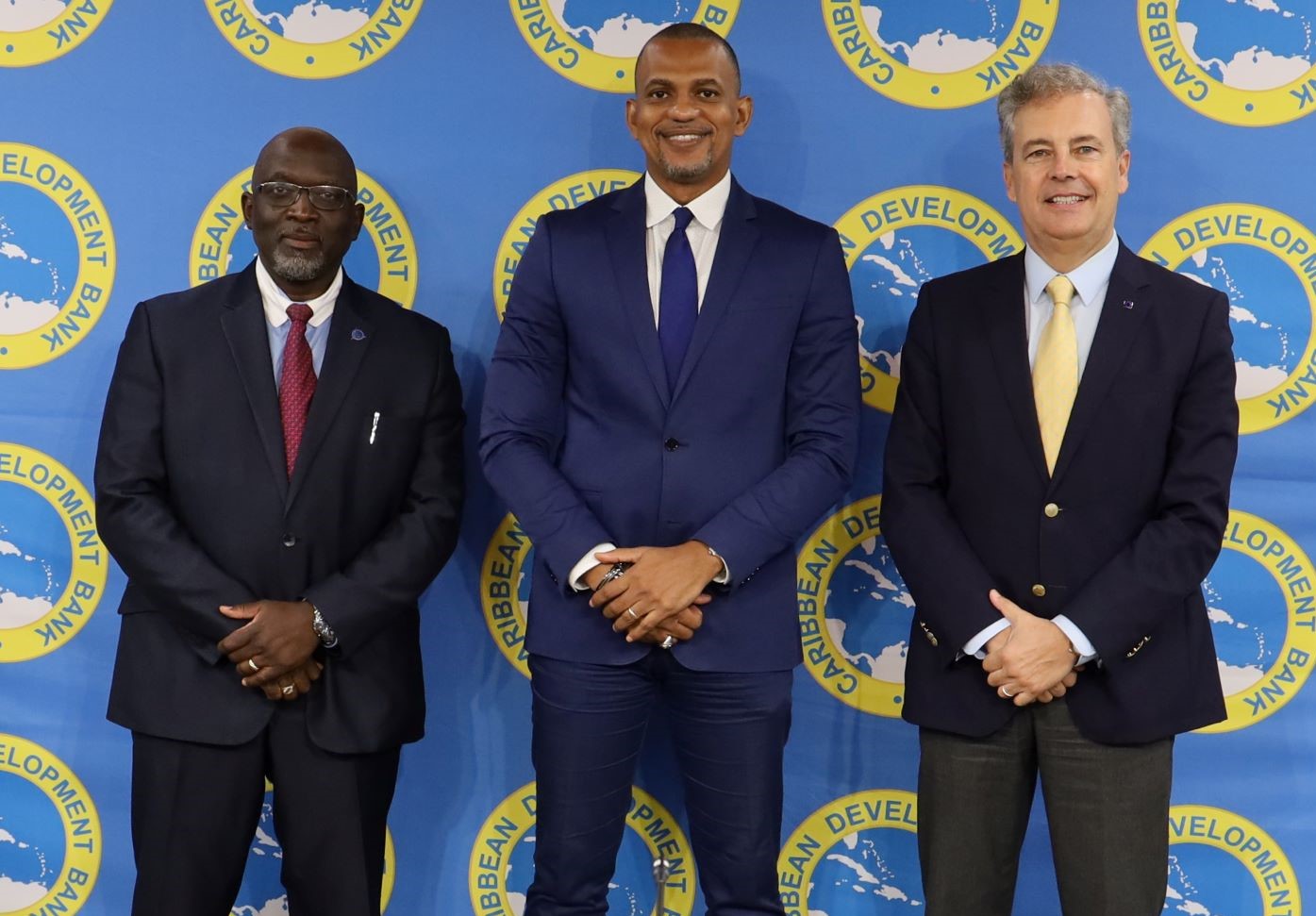 A maritime single window will be established in the Eastern Caribbean in the upcoming months says Director of the Projects Department at the Caribbean Development Bank (CDB), Mr. Daniel Best.

His announcement came at the launch of the Establishment of Integrated Border Systems in the Organisation of Eastern Caribbean States (OECS) Project on Wednesday November 25, 2020 at CDB headquarters. The project will create a maritime single window solution which will consolidate existing systems for advanced passenger and cargo information and other complementary structures into a single portal accessible to the various agencies involved in border control operations.

Mr. Best stated that “customs authorities in beneficiary countries will receive an upgraded passenger portal to operationalise the Maritime Single Window, built in risk management capacity at implementing agency CARICOM IMPACS for the existing cargo system and training for staff  to utilise the newly developed technology.”

The OECS is the first to receive support from CDB-managed CARIFORUM-European Union (EU) Economic Partnership Agreement (EPA) and the CARICOM Single Market and Economy (CSME) Standby Facility for Capacity Building financed by the 11th European Development Fund (EDF). The regional implementing agency for crime and security – CARICOM IMPACS - will manage the project on behalf of the OECS. On November 12, 2020 the Standby Facility Steering Committee approved US $350,070 in EDF financing for the Project while CDB provided US $300,400 from its Special Development Fund.

Also speaking at the launch, Mr. Chamberlain Emmanuel, Head of Environmental Sustainability at the OECS Commission indicated that “the Maritime Single Window solution is best poised to interact with existing and future systems in order to enhance the efficiency and predictability of the free movement of citizens, residents and tourists travelling on ferries and cruises across the region and wider international community.”

Mr. Luis Maia, Head of Cooperation, at the Delegation of the European Union to Barbados, the Eastern Caribbean States, the OECS and CARICOM/CARIFORUM, expressed satisfaction with the progress made by the Standby Facility despite the global pandemic. “We are excited,” he added, “that this new facility will provide support in key areas of need. Notable actions will include improving Sanitary and Phytosanitary measures and quality infrastructure at the national level, enhanced market access and export capacity for key sectors.”

Mr. Percival Marie, Director General, CARIFORUM lauded the quick start by the Standby Facility and cited regional initiatives being implemented to encourage greater exploitation of the EPA and address existing supply-side constraints. Support to CARIFORUM has been prioritised by CARICOM he added. Honing in on the new project he indicated that the single maritime space being created will benefit regional trade and intelligence and also contribute to further integration of the OECS.

The establishment of the new integrated maritime solution will result in greater collaboration among maritime departments, port authorities, customs and other border agencies, as well as private sector stakeholders such as shipping agents, freight forwarders and customs brokers among others.  A functioning system will strengthen coordination and information sharing, resulting in a more simplified and streamlined process for clearance of goods and passengers. Additionally, both passengers and cargo will experience reduced wait and processing times and decreased paper burden as documents and processes are standardised.

The Standby Facility is a €8.75 million resource managed by the CDB which offers opportunities to 15 Caribbean[1] economies to grow trade, deepen integration and economic involvement, impact competitiveness, market access and exports by implementing targeted projects in thematic areas.