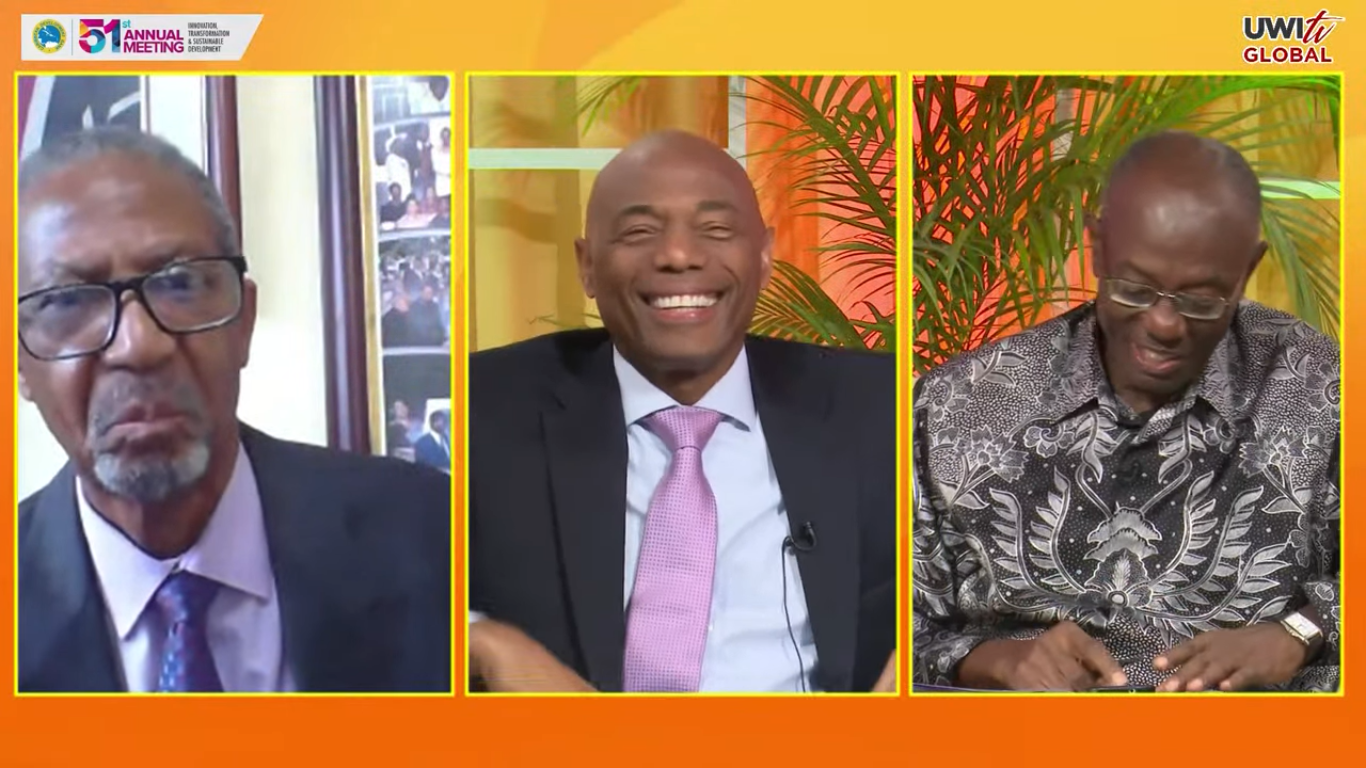 President of the Caribbean Development Bank (CDB), Dr Gene Leon has proposed the formation of a regional action group, combining the strengths and capacity of key regional institutions to drive the Caribbean’s economic and social development agenda.

“We can benefit from combining our strengths to provide leadership, advice and influence that can drive the agenda. I see this as a key element that we need to move the region forward,” Leon said.

Mapping out a pathway for progress during the inaugural hosting of The President’s Chat at CDB’s 51st Annual Meeting, Leon spoke of the region as an ecosystem where collaboration and integration are required elements. The action group, he argued, should include CARICOM because of its reach and the trade dimension; CDB with its focus on development policy and financing; the OECS because of its broader political mandate for economic cooperation among its members; UWI to provide the educational element that will bridge the skills set required for future growth; and the Central Banks as financing institutions and because of the payment systems.

The CDB President also said it was important to include representatives from the private sector in the action group.

Advocating for increased collaboration in the region, Leon said: “We have to embrace the Share To Grow mentality. We cannot continue to behave as little atoms. We have to see the integration of the region as an essential element for moving forward.”

Former CDB President Professor Compton Bourne, who also participated in the discussion, noted that both resilience and integration are essential to overcoming external economic shocks and those deriving from natural disaster. He said, although such events cannot be prevented, the economic structures can be built to moderate the impact of these occurrences and the region should refocus from relief and recovery to building structures that minimise vulnerability to shocks.

Bourne also cited the need for budgetary resources to contain provisions for ameliorating the harmful effects of hazards on vulnerable people.