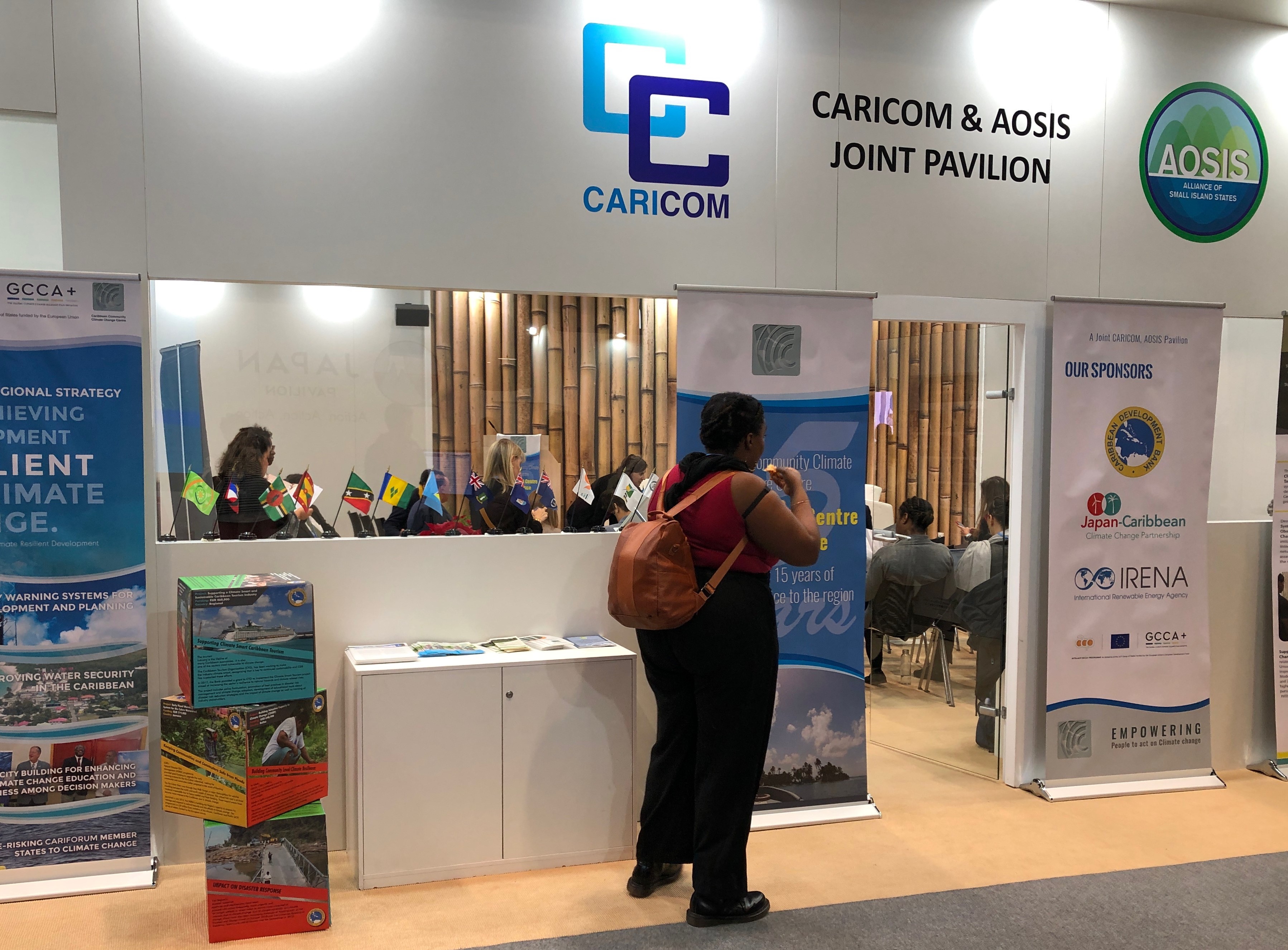 The Caribbean Development Bank (CDB) is ensuring that the Caribbean has a platform to make its voice heard at the world's largest and most important conference on climate change.

CDB provided USD100, 000 in funding to the Caribbean Community Climate Change Centre (CCCCC) to finance regional visibility and participation at the 25th Meeting of the United Nations Framework Convention on Climate Change (UNFCC) Conference of Parties, known as COP 25.

CCCCC, which is responsible for coordinating the Region’s response to climate change, plays a key role in articulating the regional position during the UNFCCC negotiations, before and during COP.

As part of its advocacy and visibility work at COP, CCCCC organises the Caribbean pavilion, which provides a dedicated space for showcasing Caribbean climate action issues and work; for hosting events; and for meetings, consultations and caucuses, as required.

The pavilion has hosted a range of events and programming throughout the conference. These include a presentation by the OECS on climate-induced mobility in the Eastern Caribbean; a panel discussion by the CCCCC to mark its 15th anniversary; and a panel discussion hosted by the Haitian delegation on climate change and the marine environment in that country.

Cheryl Dixon, Coordinator of CDB’s Environmental Sustainability Unit, noted that visibility and negotiations at COP were critical to ensuring awareness of, and action on the Caribbean’s climate change issues.

“Although the Caribbean contributes negligibly to global carbon emissions, our Region still bears the brunt of climate change impacts.

The issue of loss and damage is a focus at COP 25; and in light of recent catastrophic damage caused by Category 5 Hurricanes, Irma and Maria in 2017, and Dorian in 2019, the Region needs to have a strong presence. The Caribbean pavilion provides an area for debate and information sharing and a platform to actively participate at this Conference, where the outcomes are critical to the Region’s future,” noted Dixon. She pointed to the Region’s previous successful advocacy at COP21, stating:

“At COP21, the Region played a significant role in pushing for the inclusion of the priorities of Small Island Developing States (SIDS) and the Least Developed Countries in the Paris Agreement. Our successful advocacy, then, benefitted from the availability of a Caribbean Pavilion, which allowed us to showcase our work and issues and meet and caucus as required.”