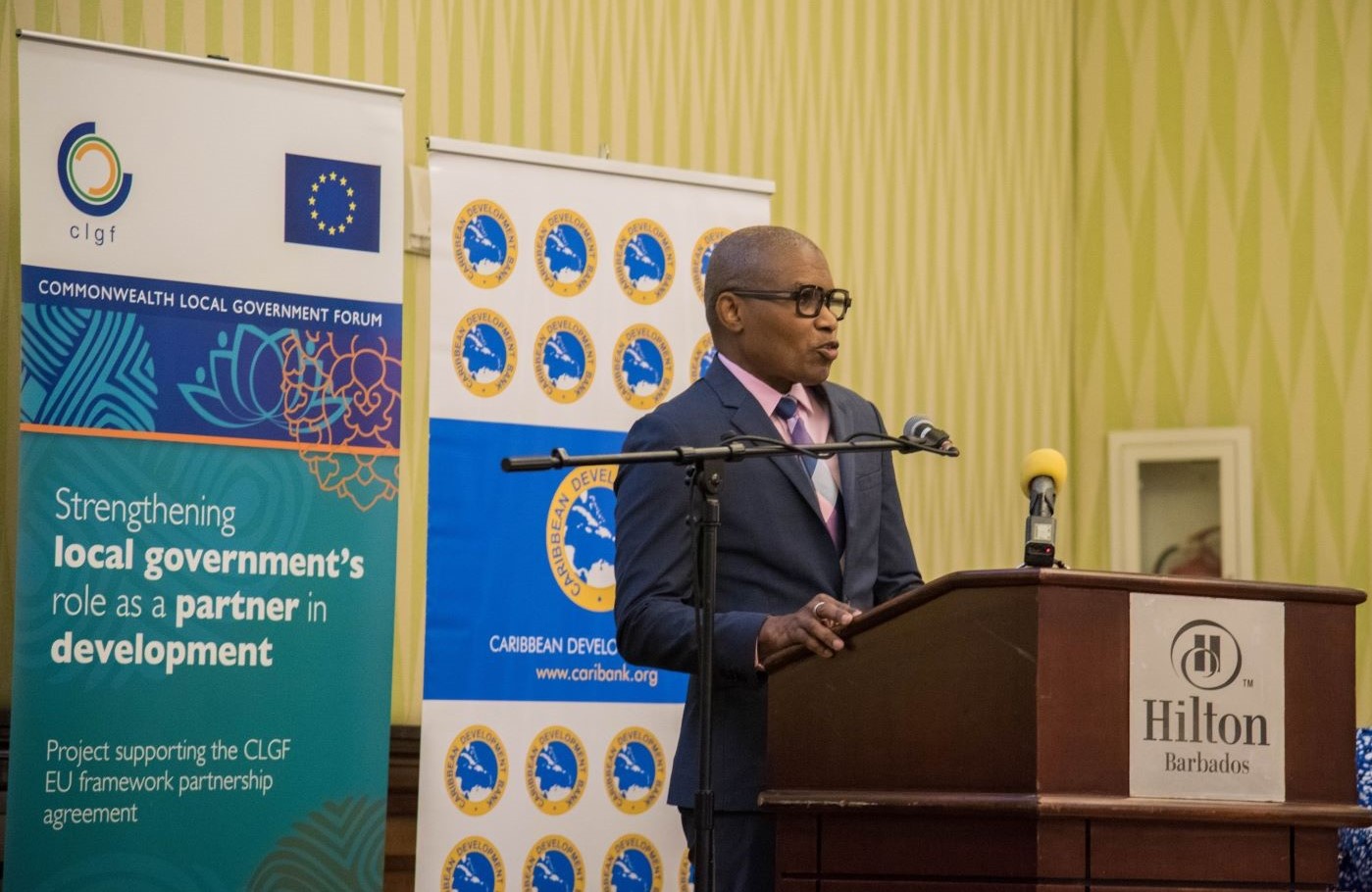 As a two-year capacity building initiative for municipal authority officials drew to a close last week, a senior Caribbean Development Bank (CDB) official reminded local government officials that they will play a critical role in “building forward better” in the wake of COVID-19.

“Effective government – whether at the local or national level – is critical to building back better, or as some say, building forward better,” stated Ian Durant, Director, Economics Department at CDB which funded the Capacity Building in Municipal Finance programme, which was implemented by the Commonwealth Local Government Forum (CLGF).

“The first is the principle of inclusion, a fundamental of development and one of central importance to the role of local authorities.  Whether it is providing advice on social services or on mental health support, fostering direct relationships with the most vulnerable to promote greater inclusion can go a long way toward helping move people out of poverty or reduce vulnerability. This is especially relevant given the rise in extreme poverty in Latin America and the Caribbean, the world’s most vulnerable region in this pandemic.

The second is a whole system or holistic perspective. What may appear to be local challenges often require an integrated response to have real impact.  Having wider cooperation and lines of communication and accountability, involving multiple sectors and different levels of governance, can lead to better development solutions.

The final principle is innovation, which I consider to be a principle since it is a major basis for transformative recovery and a stronger future,” he stated.

The Capacity Building in Municipal Finance project was designed to contribute towards improved, inclusive governance practices and enhanced accountability mechanisms at the sub-national level.

Initially conceived to have a significant in-person component, the project started in June 2020, shortly after the COVID-19 pandemic had made its way to the Region, forcing CDB and the CLGF to pivot to virtual consultations and e-learning, but also underscoring the importance of strengthening local government.

“Over two years ago, when some countries were taking steps to recover from natural disasters and implementing policies to attain debt sustainability, we had no idea that a storm of a different type was brewing.  COVID-19 led to financial and other impacts on our national economies, affecting the delivery of some services at local level,” noted Durant.

Over 70 delegates from municipal or local government authorities in Antigua and Barbuda, Bahamas, Belize, Dominica, Guyana, Jamaica, Saint Lucia, St Kitts and Nevis, and Trinidad and Tobago attended the three-day conference which was held in Barbados.