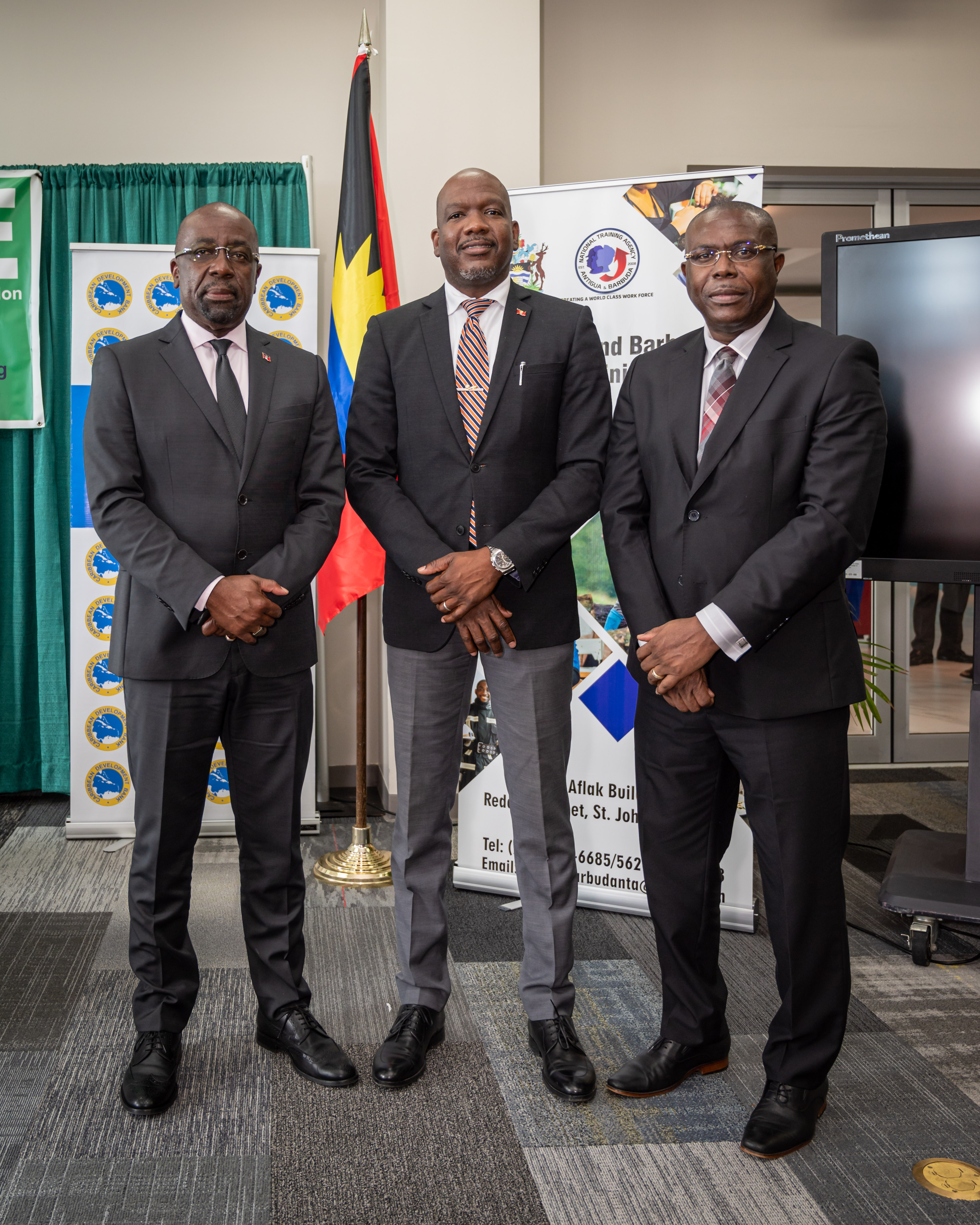 April 8, 2022, BRIDGETOWN, Barbados – Citizens of Antigua and Barbuda availing themselves of Technical and Vocational Education Training (TVET) Certification through a new European Union (EU) financed project, will benefit from increased employment opportunities across the Caribbean Community (CARICOM). According to the Honourable E.P. Chet Greene, Minister of Foreign Affairs, Immigration and Trade, Antigua and Barbuda, the new project will “assist in closing an existing developmental gap, which has constrained the labour force and hindered the mobility of nationals to capitalize on employment opportunities at the national and regional levels.” The Minister also noted that leveraging access to the CARICOM Single Market and Economy (CSME) has become increasingly important in creating new economic opportunities for citizens. CARICOM has agreed to the movement of twelve (12) categories of nationals including Artisans with Caribbean Vocational Qualifications (CVQ’s) and Household Domestics with CVQs or equivalent qualifications.

Caribbean Development Bank's (CDB) Vice President of Operations, Mr. Isaac Solomon, delivering remarks at the project launch on April 7 in Antigua, stated that the “Enhanced Technical Vocational Education Training (TVET) Framework for Certification in Antigua and Barbuda Project brings into sharper focus the need for, and value of, increased investment in education and skills training particularly in non-traditional areas.” The Bank has long recognised the importance of building social resilience and the urgency of addressing existing disparities in the education ecosystem. In response, CDB has sought, through its programmes, to build the adaptive and transformative capacities of individuals, communities, and institutions to more readily sustain citizens’ well-being and improve their quality of life, he intimated.

While encouraging the national partners in education to support the project, the Honourable Daryll S. Matthew, Minister of Education and Sports Antigua and Barbuda indicated, “that the elements of the project are designed to build a growth inclusive framework which places emphasis on vulnerable groups” adding that the Government will be able to realize its broader developmental objectives of raising the standard of living and reducing the incidence of poverty by empowering such groups to leverage their enhanced skills to secure greater wealth creation prospects locally and regionally.

EU Ambassador, Malgorzata Wasilewska, indicated that the “project will contribute significantly to the sustainable growth and development of the country. Benefits will include improved quality learning among youth, reduced unemployment among young people; greater inclusion of women in non-traditional TVET roles; improved access for persons living with disabilities; and the development of a highly skilled and credentialed workforce.”

The two-year project is being implemented by the Ministry of Foreign Affairs, Immigration and Trade on behalf of the Antigua and Barbuda National Training Agency (ABNTA). The project will focus on training of individuals already established in particular fields, without requisite TVET certification. This will pave the way for full utilization of the opportunities available locally and through the CSME. The two-year initiative provides EUR 257, 535 in Technical Assistance to Government of Antigua and Barbuda from the EPA & CSME Standby Facility.