Safe water for Trenail residents and beyond 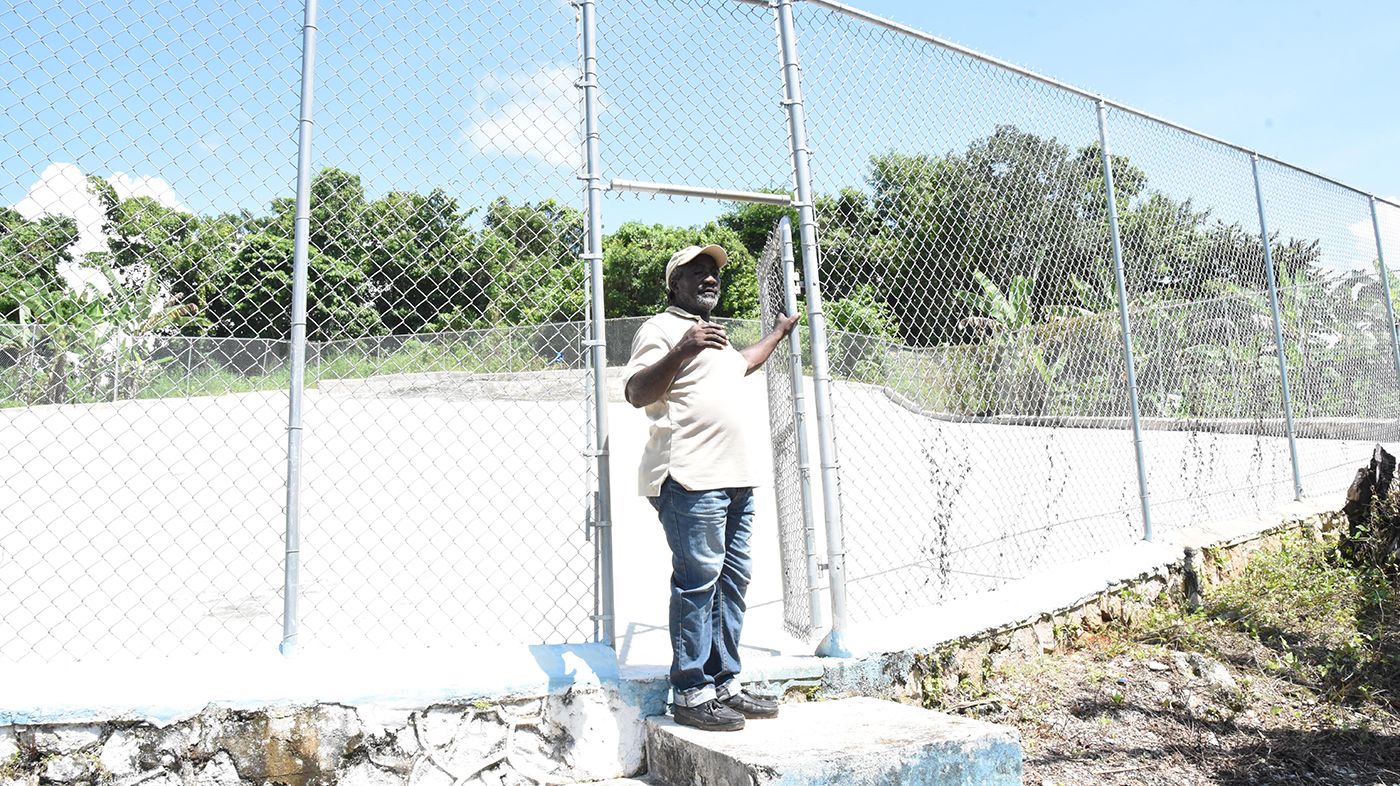 Some 3,400 residents of Trenail in Maggotty, St. Elizabeth, now have access to safe, potable water after the rehabilitation of the water catchment facility of the parish council, which was not working for many years.

Resident Vicas Dunkley recalls that the catchment facility was originally built in the 1940s. When it started deteriorating in the 1980s, it could not hold water for any long periods as it leaked profusely. There were also small dead animals, such as birds and frogs in the tank. The chlorination chamber was not functioning either, making the water unsafe to drink.

To avoid drinking from this unsafe source, residents were dependent on harvesting rainwater on their own roof or paying as much as US$15 for water trucks to fill their 400-gallon tanks, which lasted just one week per family home. For those who did not have a tank, US$3.75 filled a drum. However, others continued to use the facility, praying for the best.

Most households practiced archaic sanitation before the rehabilitation of the water facility as pit latrines for waste disposal were widely used. While some households had water closets, residents were unable to use them due to limited water access.

Funded by a US$237,000 grant from the Basic Needs Trust Fund (BNTF) of the Caribbean Development Bank (CDB) – a sub-programme of CDB's Special Development Fund to reduce poverty and inequality in the Caribbean –, the 80,000-gallon tank was rehabilitated. A chain-link perimeter fencing was erected around the catchment site for increased security. The 12-month works completed in June 2017 also included the installation of a sand filter, a chlorination system, three standpipes and two 1,000-litre plastic tanks.

The rehabilitation of the water supply system benefits the whole community, but it particularly affects women and children, as they usually are the ones who need to transport the precious commodity. The functioning water facility gives them more time to work and study. “By investing in a water project like Trenail, we are not only providing access to the most basic commodity, but also helping people out of poverty,” says Operations Officer at CDB, Karl Pivott.

Under the project, piped water is sent to a central location in the community where it can now be accessed by residents. Dunkley explains that with the improved water supply, children now have an easier time getting ready for school as water is now readily available. Daintyann Barrett-Smith, BNTF Project Manager explains that the rehabilitation project, while relatively low in cost had high impact on the community.

Residents are delighted with the fact that the tank is helping to facilitate crop irrigation as many of them are small farmers. “Water is life, food is not all,” one resident expresses.

Yet the ripple effect go beyond Trenail: As the community has the only public water catchment facility in the area, the surrounding districts benefit too. When water reserves run low in the districts of Retirement, Hominy Hall, Bethsalem and Maroon Town, residents can use the Trenail facility as a back-up.