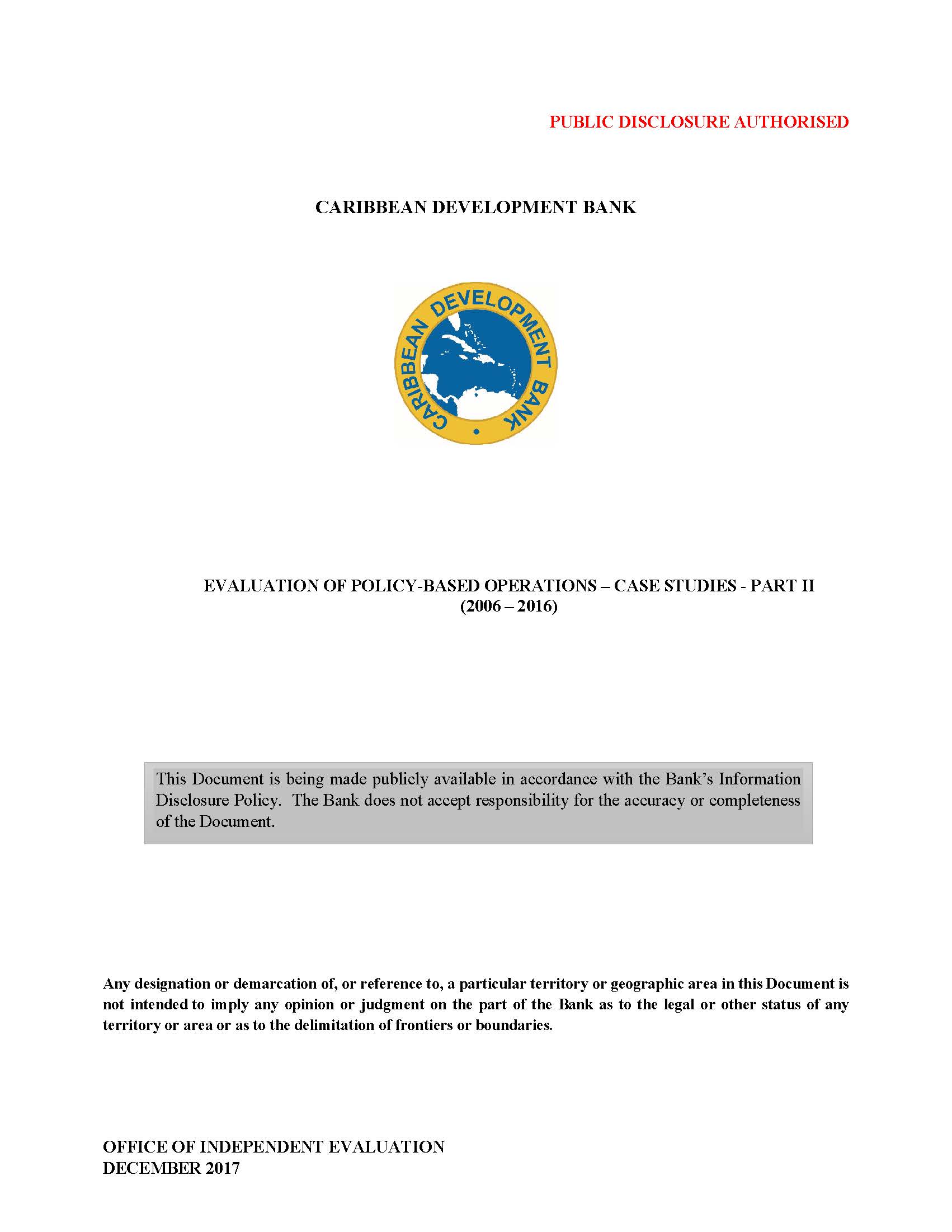 This case study forms part of an overall evaluation of CDB Policy Based Lending over the period 2006 to 2016. As part of the methodology to test the theory of change for PBL lending (Appendix A), four country case studies were selected. Although experiences outlined in the individual cases may not be representative of that of all Borrowing Member Countries (BMCs), the sample was selected to cover two larger economies (Jamaica and Barbados), and two smaller ones (St. Vincent & The Grenadines, and Barbados). The willingness and availability of governmental officials to participate, and the number of loans held with the CDB also figured in the selection decisions.

Barbados had one PBL during the period of interest, in 2010. It was intended to be the first of two PBLs of USD25 million each, with the second to be disbursed 18 months after the first. Although these were not identified as programmatic PBLs, they fit the definition as set out in the 2013 framework paper on PBLs. 1 The PBL was approved in October 2010 and disbursed in mid-December. CDB considered prior actions to be substantially complete for the second PBL in 2012, but did not submit the appraisal report to the board as it would have exceeded CDB’s PBL lending limit.