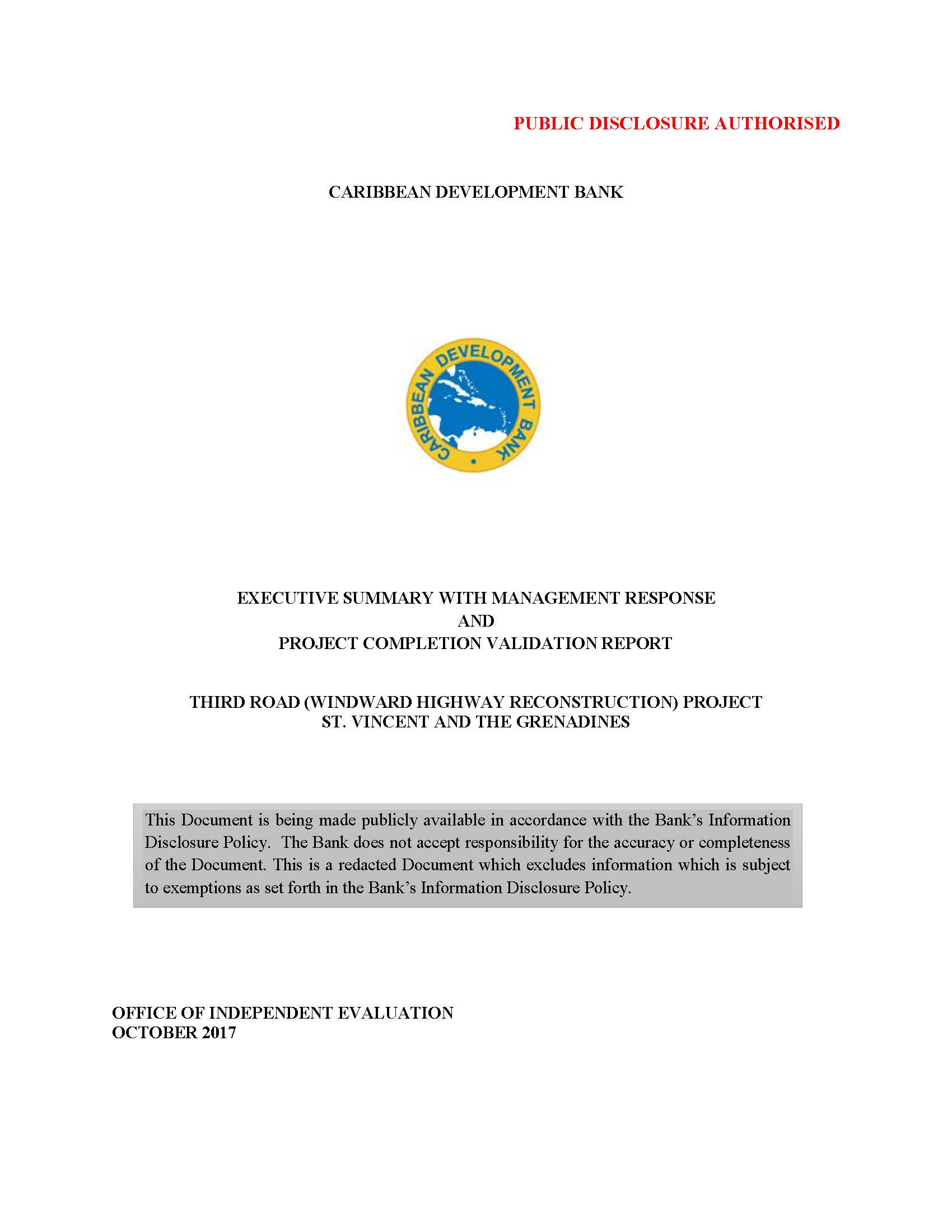 The Government of St. Vincent and the Grenadines (GSVG) recognises that investment in the transport sector is critical to growth and development, particularly in support of agriculture, tourism and services.

In 2000, with technical assistance from the European Union (EU), consultants were contracted to investigate the condition of the 55 kilometers (km) Windward Highway (WH), the longest of the three main highways which runs along the eastern coast of St. Vincent, and to make recommendations for a programme of rehabilitation or improvement of the road.

The consultants recommended that the work be carried out in three phases.   The Government decided to initiate Phase 1 - total reconstruction of WH from Diamond to Georgetown.  In June 2002, GSVG requested financial assistance from the Caribbean Development Bank (CDB) for joint financing along with the EU, for the reconstruction of approximately 23 km and the rehabilitation of the existing structures, including bridges.  A loan of USD10.581 mn was approved in response to this request in December 2002.

During implementation the Government announced a change in policy with regard to air transportation and prioritised the construction of a new international airport at Argyle.  It was realised that additional financing was needed to the realign a section of the WH which would be affected by the new airport. The project was re-scoped and an additional loan of USD5.2 mn granted in 2007.