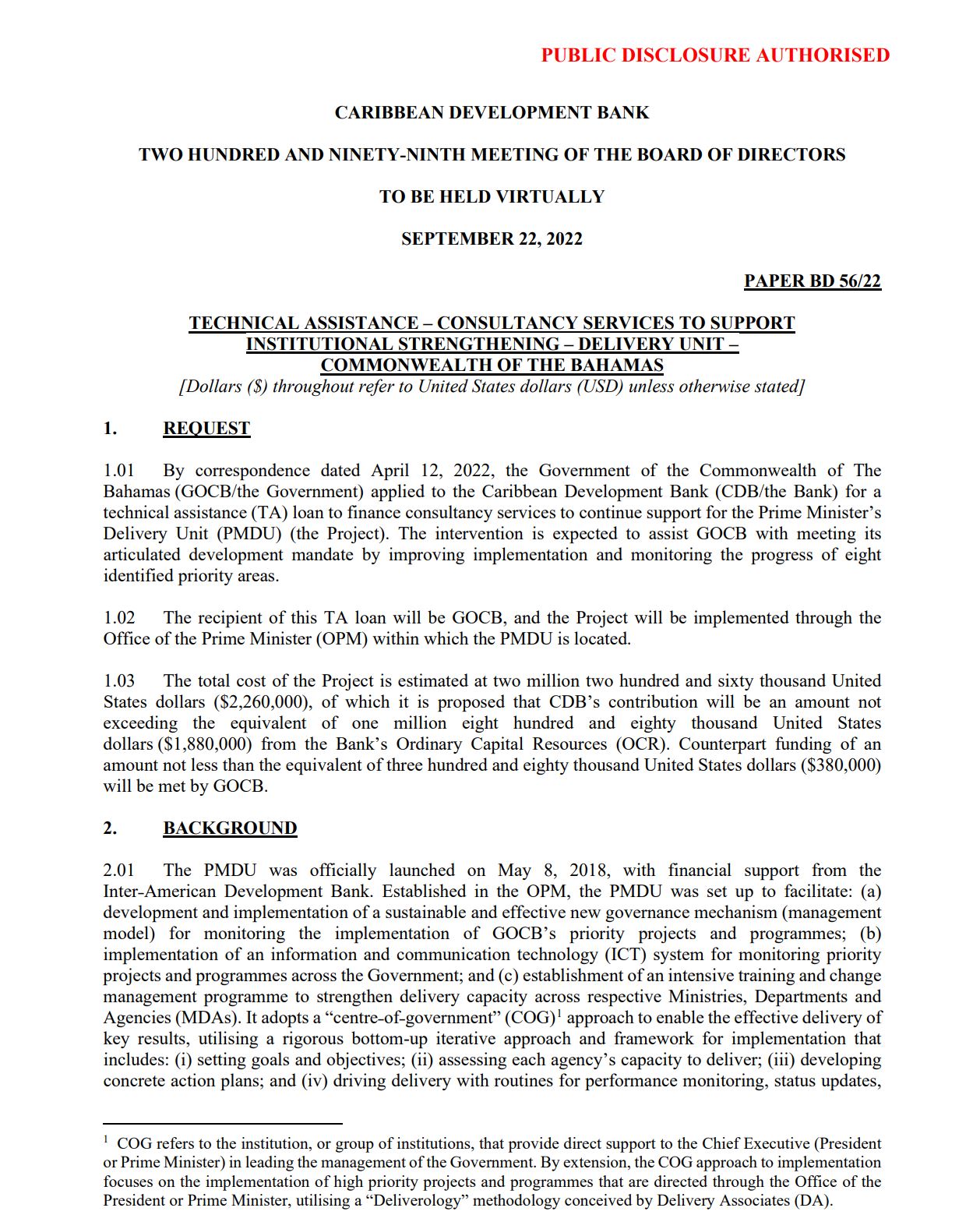 By correspondence dated April 12, 2022, the Government of the Commonwealth of The Bahamas (GOCB/the Government) applied to the Caribbean Development Bank (CDB/the Bank) for a technical assistance (TA) loan to finance consultancy services to continue support for the Prime Minister’s Delivery Unit (PMDU) (the Project). The intervention is expected to assist GOCB with meeting its articulated development mandate by improving implementation and monitoring the progress of eight identified priority areas.

The recipient of this TA loan will be GOCB, and the Project will be implemented through the Office of the Prime Minister (OPM) within which the PMDU is located.