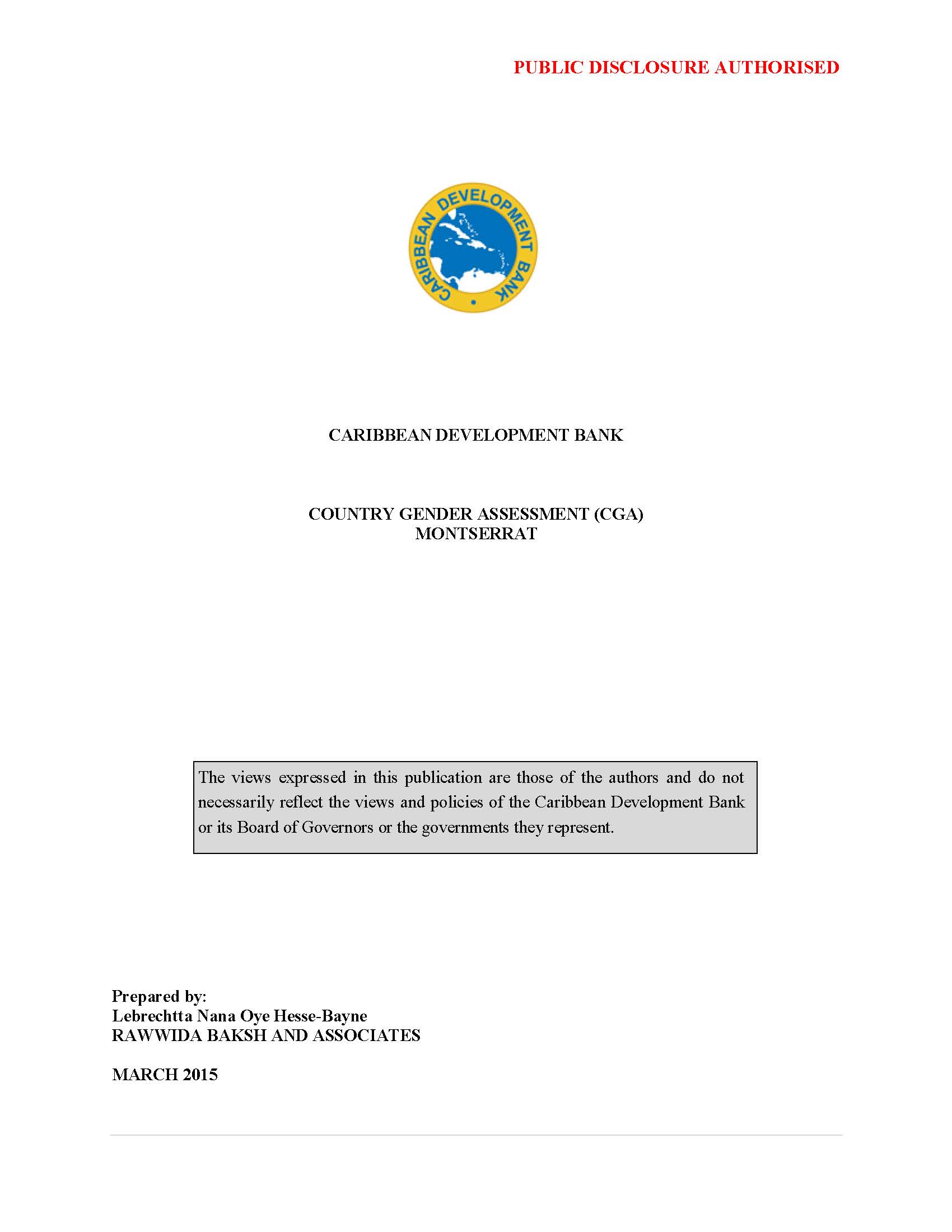 Situated in the Leeward Islands in the Eastern Caribbean is Montserrat, an Overseas Territory of the United Kingdom. Following a volcanic eruption in 1995, a large portion of the island was demarcated as uninhabitable and half the population evacuated the country. To chart the way forward, the Government and people developed the nation’s Sustainable Development Plan, visioning the policy, economic and social development of Montserrat from 2008 to 2020. It is in this context that the Country Gender Assessment (CGA) assesses the dynamics and opportunities for women and men and girls and boys in Montserrat.

The CGA reviews gender1 in the following sectors, making recommendations for an enhanced gender equitable society: