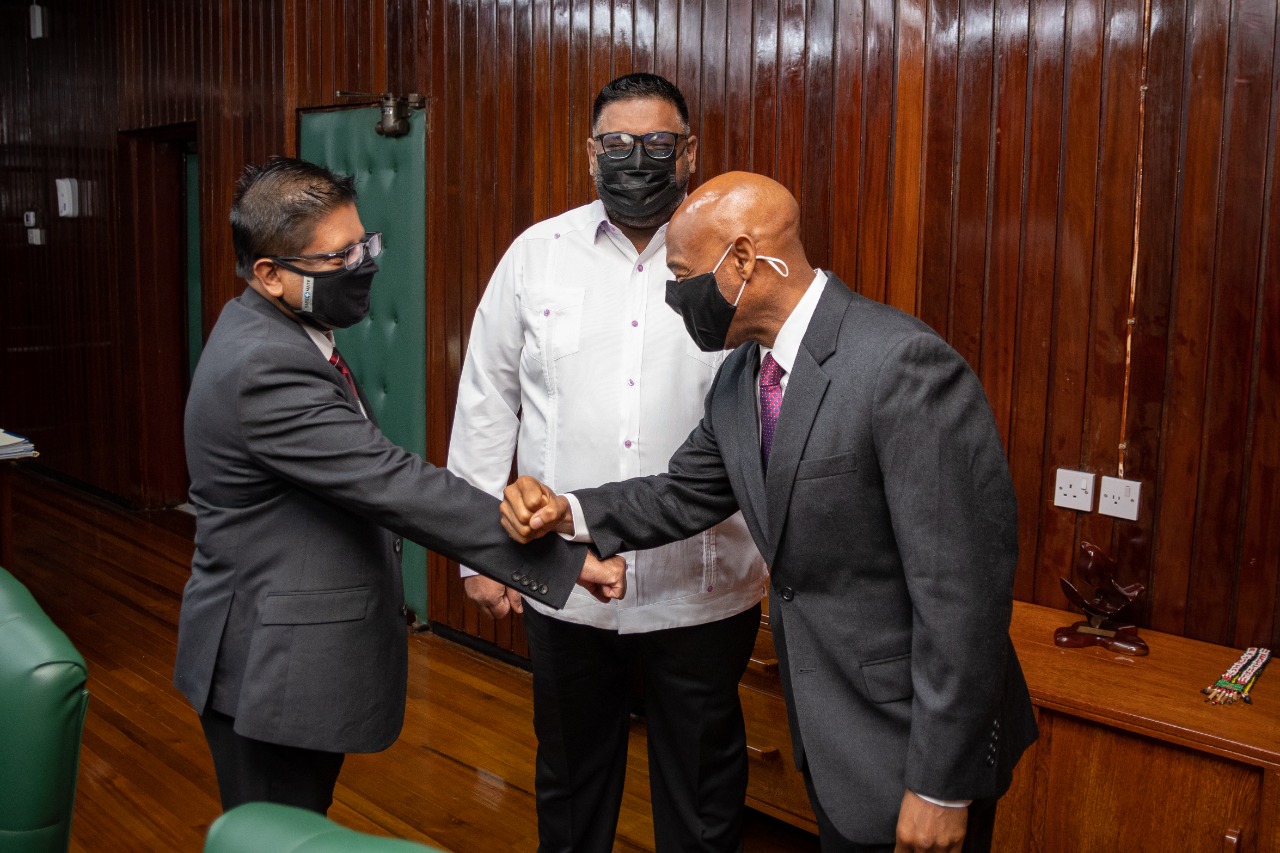 President of the Caribbean Development Bank (CDB) Dr Hyginus ‘Gene’ Leon arrived in Guyana on Friday, July 9 for his first official visit to the country since taking up leadership of the Bank in May 2021.

Dr Leon and the CDB delegation were warmly welcomed at the Eugene Correia International Airport by Guyana’s Governor to the CDB, Senior Minister in the Office of the President with Responsibility for Finance, Hon. Dr. Ashni Singh.

Shortly after arrival, Dr Leon, along with his delegation met and had discussions with President of Guyana, His Excellency Dr Irfaan Ali, Vice-President Hon. Dr Bharrat Jagdeo, and other officials.

Over the course of the four-day visit, the Bank's President is also slated to visit the sites of several developmental projects funded by CDB.

The objective of the mission is to reaffirm CDB's commitment to Guyana and to offer assistance in support of national development goals. The visit comes against the background of recent severe flooding events in the country and as such, meeting with officials involved in the recovery process and residents impacted by the events will be a high priority for the CDB delegation.

The visit is also an opportunity for dialogue between the Bank and the Government of Guyana on the Government’s economic objectives and priorities and how CDB can support through its assistance and lending programmes.

Guyana is one of the founding members of CDB, having joined in 1970 and the Bank has been a leading partner in the country’s development over the past half century. CDB funding in Guyana has been used for social and economic infrastructure, including schools, water systems and climate-resilient roads.

In 2020, CDB project approvals in Guyana included US$ 9.9 million for the construction of a modern Hospitality Training Institute and US$ 190 million for upgrading 121 kilometres of roadway from Linden to Mabura Hill – the largest ever project in the Bank’s history and financed in part through a £50 million (US$66 million) grant from the United Kingdom Caribbean Infrastructure Partnership Fund.