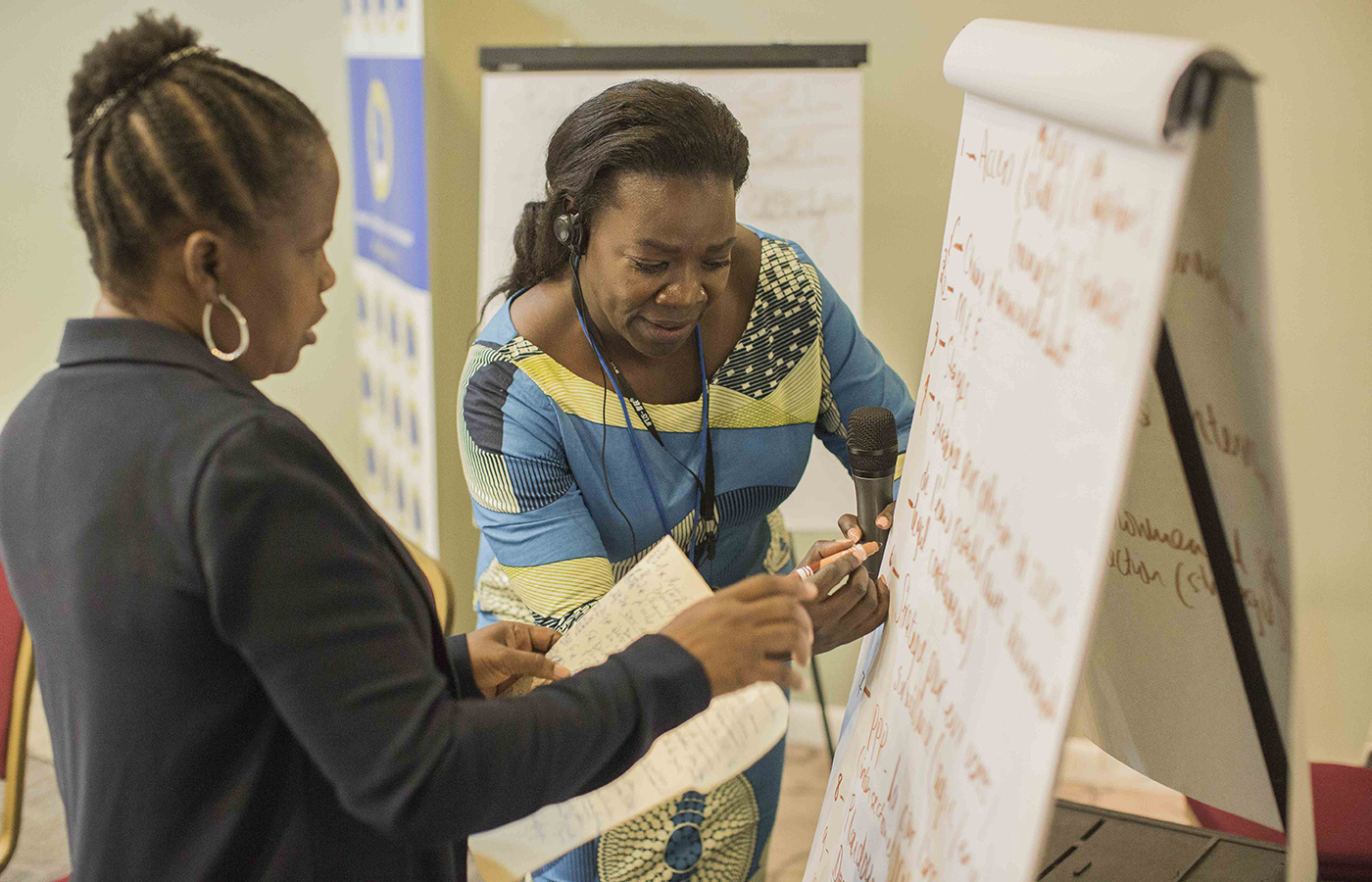 The push for cleaner, safer sanitation for all Haitians continues with support from the Caribbean Development Bank (CDB) which is wrapping up a four-year sanitation and governance training initiative for officials from government, non-government and private sector organisations.

In late September, the Bank concluded the last workshop of the Sanitation and Governance Training Programme, a technical assistance programme first approved by the Bank in July 2015.

Under the programme, sanitation professionals from the relevant government agencies, non-governmental and private organisations, reviewed the sector’s governance framework and learned about innovations relevant to Haiti. Participants also learned how to use existing policies and strategies together with action planning tools to develop project concepts that will help to increase access to improved sanitation facilities.

“When we at CDB approved this programme, few short-term training programmes were available at the time to improve understanding of sanitation services. This project has made professionals in Haiti better able to plan, and to enlist projects and investments that can give more Haitians access to safe, clean sanitation.”

The first, held in late 2015, was a 12-week e-learning course on Governance and Sanitation, where nearly 30 professionals from DINEPA, and the Ministries of the Environment and Public Health and Population, as well as NGOS, received training. The second component, a five-day workshop in late 2017, led to action plans and recommendations for future action by CDB and the donor community. The final component, a four-day workshop in September for 75 officials, allowed participants to review the ongoing work and the implementation of the action plans developed since 2017.

Progress has been made on several fronts since the project first started; and this includes a memorandum of understanding to guide coordination between the various relevant ministries; a strategic plan, and an inter-sectoral action plan aimed at removing implementation barriers. In addition to CDB, a number of donors have supported these activities including the World Bank, the United Nations Children's Fund, the Inter-American Development Bank, and the Governments of Switzerland and Spain. The combined efforts of the Haitian government and partners have resulted in the cholera incidence being the lowest since the outbreak in 2010, with mortality down to one per cent.

CDB’s Country Representative, M. Stephen Lawrence, pointed to DINEPA’s upcoming Sectoral Review and Donor Conference, to be funded by the World Bank, as the opportunity for the years of work to be put into action.

“Colleagues, the fruit of your labour will be taken, first to the upcoming Sectoral Review, then to the Donor Conference next year. We anticipate that these project concepts will be very attractive to the Government of Haiti, private sector and donors.  A ministry or agency which will be assigned responsibility for each of the nine concepts, will take ownership and continue to lead the process through financing, to implementation, ultimately resulting in improved access to sanitation and water for everyone in Haiti.”