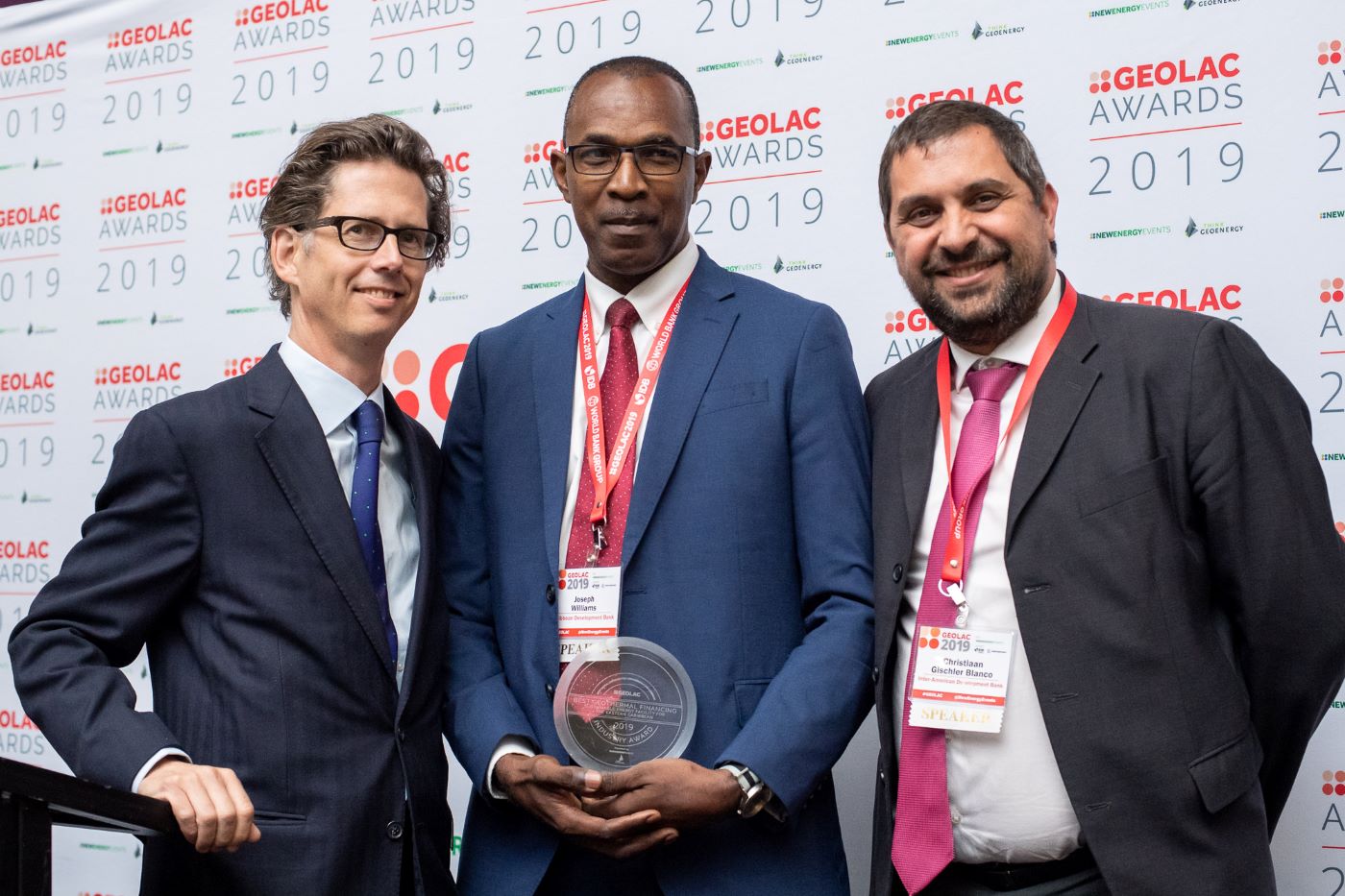 The Caribbean Development Bank (CDB) is being lauded and awarded for its work advancing geothermal energy development in the Caribbean.

On July 17, the Geothermal Congress for Latin America and the Caribbean (GEOLAC) gave CDB’s Sustainable Energy Facility for the Eastern Caribbean (SEF) programme its top prize for Best Financing Programme at its GEOLAC Industry awards.

SEF, which is developed in partnership with the Inter-American Development Bank (IDB), and executed by CDB was specifically recognised for the financing  which combines grant, contingently recoverable grant, and concessional loans resources coming through the IDB from Global Environmental Facility, Clean Technology Fund, and  the Green Climate Fund. SEF also utilises IDB and CDB resources. SEF is one of the programmes under the CDB GeoSmart Initiative.

CDB Vice-President (Operations), Monica La Bennett noted that the small size and relative isolation of many of the CDB’s Borrowing Member Countries (BMCs) means that energy costs are high but the barriers to exploring geothermal and other indigenous energy potential are also enormous.

“The high cost of energy impacts competitiveness in many BMCs and makes the economies especially vulnerable to oil price swings. For some time now, Caribbean governments have been supporting the use of our natural resources like geothermal to produce cleaner, lower-cost energy. However, the availability of appropriate financing, particularly in the exploration and development stages when the costs can be relatively high has been a major challenge. We have prioritised mobilising low-cost and concessionary financing to help kick-start geothermal expansion in our BMCs and so are especially pleased that our efforts in this area have been recognised.”

CDB’s Head (acting) for Renewable Energy/Energy Efficiency, Joseph Williams collected the award on behalf of the CDB along with Christiaan Gischler, Lead Energy Specialist and ‘lead architect’ for SEF at the IDB. The 6th GEOLAC, which was held in Santiago, Chile July 17-18, 2019, is the largest annual gathering of the regional geothermal market. Its awards highlight entities that are significantly advancing geothermal development in Latin America and the Caribbean.