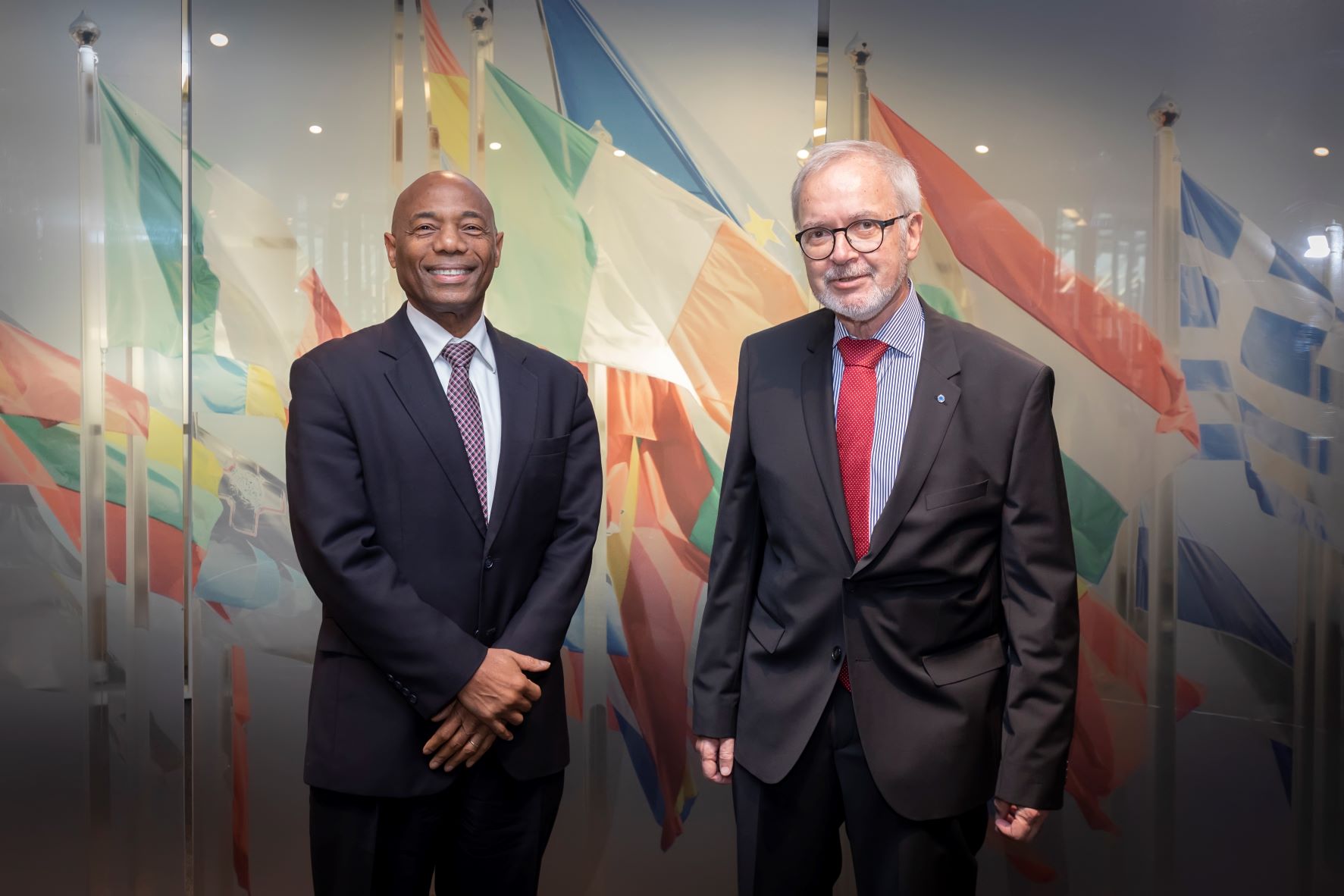 During the visit, CDB President Dr Gene Leon and EIB President Werner Hoyer discussed various means for further solidifying the relationship between their institutions by enhancing knowledge exchange, strengthening governance and institutional resilience, and developing new and innovative instruments to crowd-in private sector financing of projects in the Caribbean. The EIB facilitated discussions with operational teams on lending for corporates, sustainability funding, and country and financial sector analysis to determine the best approaches for taking the new initiatives forward.

Commenting on the strengthened partnership, EIB President Werner Hoyer said: “The Caribbean region is particularly hard hit by climate change, and COP 26 in Glasgow has shown that adaptation is now at the forefront of discussions. I am pleased to welcome the new President of the Caribbean Development Bank, our key financing partner in the Caribbean Region. The meeting allowed us to highlight our partnership with CDB whilst underscoring our role as the EU’s Climate Bank in the context of the wider EU Team Europe Initiative. The EIB will continue supporting climate and environment projects, working closely with CDB to identify joint financing opportunities.”

Speaking during the visit to Luxembourg, CDB President Dr Gene Leon said: “CDB values the well-established partnership with the EIB which has been instrumental in building technical capacity and financing key development projects, including on climate and the environment, that are making a significant contribution to improving the welfare of the people of the Caribbean Region.”

The two Presidents also discussed the longstanding partnership between the two institutions highlighting key joint achievements, including the US$200 million of Climate Action funding for projects in the region and the recent US$36 million health care provision which enables CDB to provide funding to its Borrowing Member Countries (BMCs) for the procurement of COVID-19 vaccines. Also, technical assistance support from the EIB has been valuable for facilitating project preparation and climate risk assessments for CDB interventions.

In 2019, the banks signed a harmonised Procurement Framework for jointly co-financed projects between EIB and CDB, allowing the two institutions to delegate procurement arrangements and monitoring to each other for co-financed projects. Concessional financing has been important in incentivising countries to make climate adaptation investments.