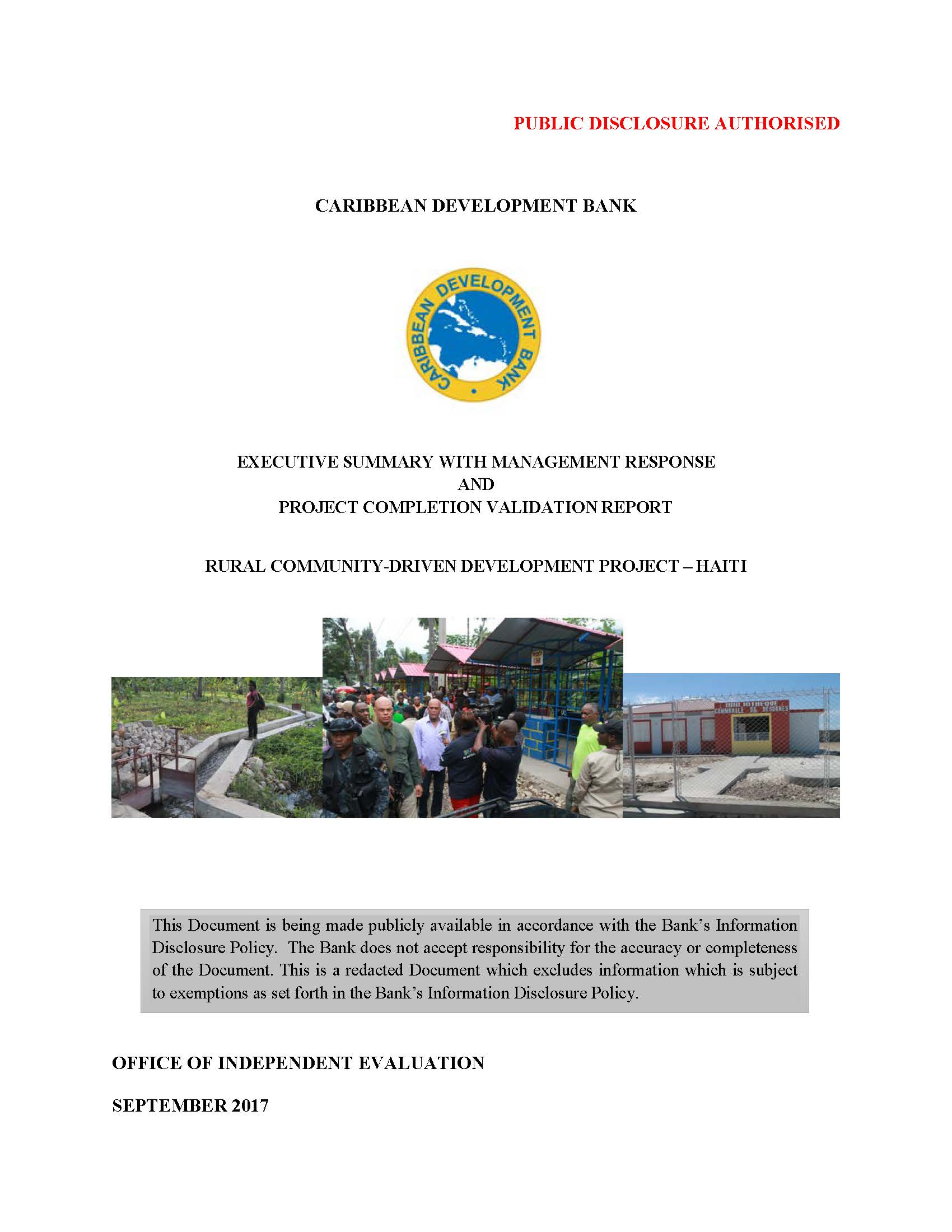 Political instability and natural hazard events have devastated Haiti’s economy and weakened state institutions.  As a result, many Haitians, in particular those living in rural areas experience high levels of poverty and lack access to basic infrastructure and services and income generation opportunities. In an effort to break the cycle of poverty and social exclusion which for decades plagued Haiti’s rural communities, the Government of the Republic of Haiti (GOH) in 2004 initiated, with funds of the World Bank (WB) Post-Conflict Facility, a One million dollar ($1 mn) Rural Community Development pilot project.  Following the success of the pilot operation, GOH obtained, in 2005, a grant equivalent to$38 mn from WB and began the implementation of the Community Participation Development Project (PRODEP) Programme in 2006.  Since then WB has provided two rounds of additional financing in response to increased pressures on rural communities associated with an influx of urban residents after the January 2010 earthquake. PRODEP was implemented in 59 (out of 140) municipalities in all Departments of Haiti and proved to be an effective mechanism for building social inclusion and social capital, community participation, transparency, trust and public/private partnerships at the local level. The programme’s mechanism also efficiently transferred resources to local communities and reduced poverty by improving basic social and economic infrastructure and services, through the creation of income-generating opportunities for rural residents.

The Caribbean Development Bank (CDB) chose to add its financing to the PRODEP initiative in December 2011.  It provides funding for rural investments (sub-projects) and for the capacity building of Community-based organisations (CBOs) and Community Development Councils (CADECs) with a focus on rural communities in northern Haiti.

The project targeted poor rural communities in 31 municipalities of 5 Departments, defined by the country’s 2008 poverty map as the poorest in the country. Most of the municipalities in these Departments, which were also located away from major urban centres, had limited access to markets because of poor road and market infrastructure and suffered considerable damage form storms and hurricanes.